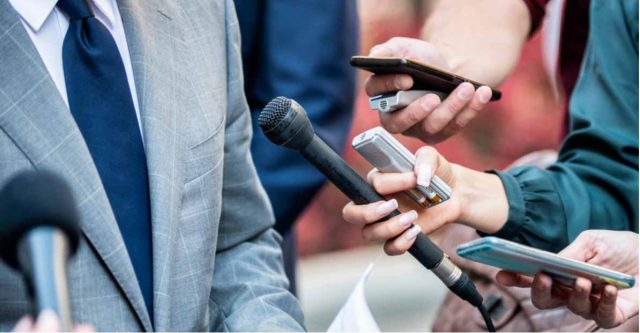 I’ve been a journalist, broadcaster and author throughout my career. What I see when I watch or read or hear once respected bastions of journalism greatly disturbs me, as I yearn for the return to journalistic purity in our media. I have taught journalism and have a deep respect for the classic role of journalism, which I define as, “to illumine what others cannot see.”

Unfortunately, today’s media personalities have become seething advocates of ideology, not truth. Whether liberal or conservative, it’s equally distasteful. Tragically, our media now looks for truth in dung heaps. We stick our hand in the muck, pull it out, and hold up what we’ve grabbed. Then we are asked to admire it and declare it relevant and believable. And woe to those who have not drunk the Kool-Aid and still have a modicum of common sense to look at it in disbelief and say openly, “It’s just a pile of dung.”

It’s hard to refrain from using the more expletive synonym here. Those who disagree with the PC nonsense are excoriated because they are not in lockstep with the thought of the day that truth no longer matters. Or even exists. The obvious is no longer obvious, and to state the obvious would fly in the face of the approved political-speak of the day advocated by the self-appointed gatekeepers of the American lexicon. Is it any wonder that an alarmingly, growing percentage of Americans distrust the media to present researched and factual observations and interpretations of the news?

Joe Battaglia is the president of Renaissance Communications in Wyckoff, N.J., and the author of Make America Good Again: 12.5 Biblical Principles to Unite Our Nation, Restore True Greatness, and Reshape Our Political Rhetoric, Unfriended: Finding True Community in a Disconnected Culture, The Politically Incorrect Jesus, and That’s My Dad.