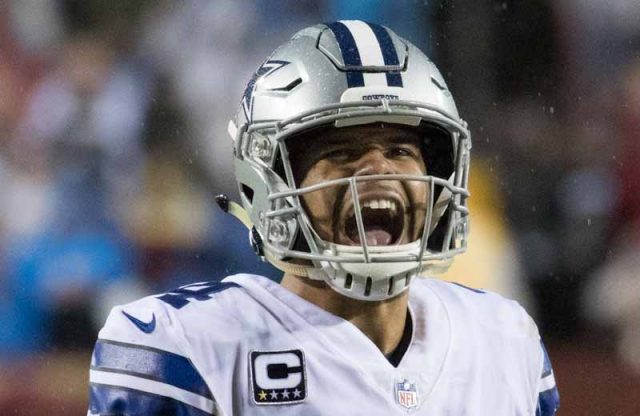 Dallas Cowboys quarterback Dak Prescott recently took to Instagram to proclaim his faith and trust in God and to express thanks for all the support, well wishes, and prayers he received after suffering a gruesome injury Sunday against the New York Giants.

Prescott, who suffered a compound fracture and dislocation of his right ankle, said he was in good spirits and excited for God’s purpose and God’s plan to unfold.

“I know it’s bigger than anything I see or that I could’ve imagined,” he said. “I’m trusting Him, my faith is doubled down more than ever and I’m thankful that He’s my savior and that He guides me in life. Through Him, all this will be possible and all this will be a great comeback and a great story.”

Following the game on Sunday, won by the Cowboys, 30-27, on a last-second field goal, Prescott underwent surgery on his ankle and is likely out for the season.

As the 27-year old quarterback was carted off the field, tears streamed down his face. As word of the injury spread, so did an outpouring of support. On Instragram, Prescott gave an update on his health and was extremely thankful for the encouragement.

“I’m doing well and I can’t thank you enough for all your love, your support, your prayers over the last few days. They’ve been more than overwhelming,” he said. “From teammates to family to friends to fans I don’t know to former and current players around league and players around all sports, just wanted to say thank you. They’re definitely appreciated and received well so just know that having that much love and support out there makes a huge difference.”