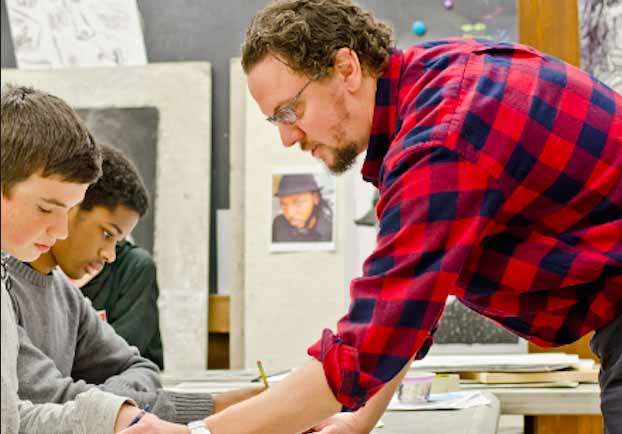 At the beginning of this school year, a group of students ranging from sophomores to seniors prepared not only for in-person classes at Eastern Christian High School, but also for online classes offered by two Christian high schools in Connecticut.

This school year is the pilot year for a brand new partnership with The Master’s School and Christian Heritage School, two Christian Schools in Connecticut. With Eastern Christian offering Computer Coding and C.S. Lewis, the two other  schools are collectively offering four other classes: Drawing I, AP Chemistry, Philosophy, and Civil Rights in America. Each school is in charge of two classes that any student is allowed to enroll in.

While programs like this are popular in Connecticut, this is the first time in the program’s history that a school from another state has taken part in it.

Mr. Fuller’s goal for the program is “simply to give more class options, variety, and more ways for students to explore their interest in classes that we may not be able to provide here at Eastern Christian.”

There are many benefits to reap from being a part of this program, such as up to three college credits per course from the University of Connecticut (although EC students are not eligible).  Every teacher in any course being offered by the Connecticut high schools is a certified professor from the University of Connecticut, granting students access to not only the class materials, but to feedback and resources from certified professionals in their fields.

Mr. Fuller, head of the partnership at Eastern Christian, mentions some of the struggles of being a student in this course, explaining that  “it is not for every student because of the independent nature of the courses. You are not going to have someone, face-to-face, reminding you to do your work and stay on track.”

Mr. Jim DeCesare, the teacher of Drawing I from The Master’s School, shares his initial feelings on the program, disclosing that he was “resistant to this partnership because of the complexities it brought about.”

However, his feelings changed as things went on. Now he says, “I am very, very happy to be doing this. I am very excited to meet these amazing students that I never would have met if not for this opportunity.”

There are high hopes for this program in this inaugural year, and all three schools maintain the expectation that this program will come back and continue to be successful in years to come.

Joanna Mas is a student at Eastern Christian High School.