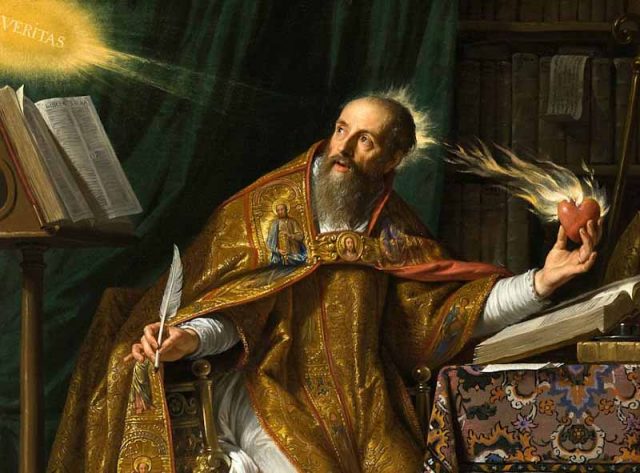 How is a Christian to vote in the upcoming presidential election?

As I read my Facebook feed each day—a feed with many local pastors, ministry leaders, and devout believers—a range of opinions surface. And that is not a surprise, considering the racial, political, and socio-economic diversity of the Metro New York City region.

As we look ahead to next week’s presidential election, perhaps its best to first look back for some guidance on how to vote during this crucial time in our nation’s history. I am talking way back, as in the late fourth and fifth centuries.

In his book, On the Road with Saint Augustine: A Real-World Spirituality for Restless Hearts, Philosopher James K.A. Smith devotes a small corner of the work to Augustine’s view of politics. 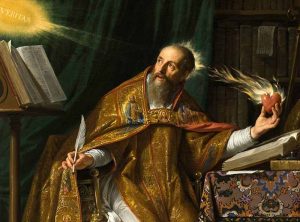 Saint Augustine was a theologian, philosopher, and the bishop of Hippo Regius in Numidia, Roman North Africa (Wikipedia).

Augustine “could commend politics as a calling worthy of the Christian” and considered the political process “as a way to love your neighbor in a tragic fallen, world,” writes Smith, a professor of philosophy at Calvin University.

Even more poignant for our times, Augustine thought politics “can be a prudential way to secure justice, beat back evil, and mitigate the effects of the fall.”

However, the Bishop “never over-expects from politics,” despite being an abolitionist, a critic of the death penalty, and a friend of economic migrants who sought sanctuary.

“He is under no illusions about human nature triumphing over selfishness or escaping its proclivity for disordered love,” writes Smith. “He has no expectation of legislating our way to the kingdom; to the contrary, it’s a matter of legislating in a world where we have to keep praying, ‘Thy kingdom come.’ ”

As we participate in the upcoming election, we would do well to consider the ancient wisdom in Augustine’s perspective on politics and its purpose. Spoiler alert: I am not going to endorse President Donald Trump or former Vice President Joe Biden in this column, but will endorse a devotion to justice, beating back evil, and being salt and light, while not divorcing ourselves from the Apostle Paul’s charge to “pray without ceasing.”

The case for Trump. Christians who support Donald Trump will say that, despite his character flaws and lack of discretion on social media, the president is beating back evil on several fronts, especially when it comes to abortion. He is our most pro-life president, and has appointed three conservative judges to the Supreme Court and hundreds of other judges in lower courts. He is beating back evil in his loyalty to Israel. And then there are the evils of socialism and cancel culture’s attack of religious freedom, among others. When it comes to justice, Trump is the right choice for law and order, his supporters say.

The case for Biden (or the case for anyone but Trump). For some Christians, Joe Biden represents a better path to securing justice, especially racial justice and/or economic justice. They look at Biden as a better choice than Trump to bridge the racial divide in our country in light of the aftermath of George Floyd’s murder in Minneapolis and other recent tragedies related to race. Other Christians, including theologian John Piper, cannot vote for Trump as they consider moral failure in a leader equal to (or maybe greater than) the evil of abortion.

In a recent article, “Policies, Persons, and the Path to Ruin,” Piper said he is baffled that so many Christians consider the sins of unrepentant sexual immorality, unrepentant boastfulness, unrepentant vulgarity, unrepentant factiousness, and the like, to be only toxic for our nation, while policies that endorse baby-killing, sex-switching, freedom-limiting, and socialistic overreach are viewed as deadly.

These sins are infecting our nation “like gangrene,” wrote Piper. “It is a drastic mistake to think that the deadly influences of a leader come only through his policies and not also through his person…. The church is paying dearly, and will continue to pay, for our communicating this falsehood year after year.”

Piper, who reinforced his stout opposition to abortion in the article, recently Tweeted that he could vote neither for Biden nor Trump.

The case for Augustine’s wisdom. As election day nears, I urge you to exercise your civic responsibility to vote while “securing justice, beating back evil and mitigating the effects of the fall.” But let us also not forget our responsibility as citizens and ambassadors of a greater kingdom. Smith puts it best:

“For Augustine, citizenship in the city of God means laboring as an ambassador of the way things ought to be, hoping to bend the way things are to follow the arc of justice, of shalom,” he wrote. “Politics is one of the ways we respond to the reality of evil, so long as we recognize that only resurrection can overcome it. Evil is not a puzzle to be solved but an incursion to be beaten back.”