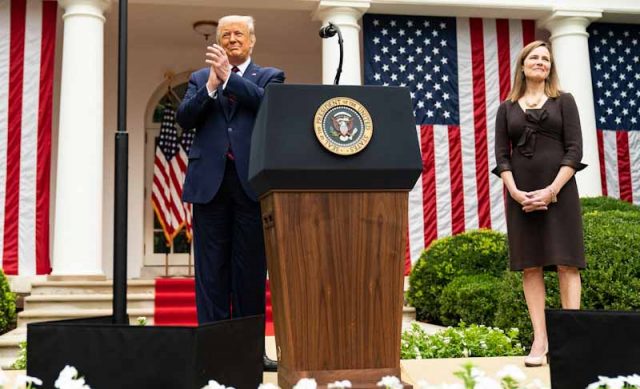 Jason J. McGuire, executive director of New Yorkers for Constitional Freedoms, released a statement after the Senate voted, 52-48, to confirm her nomination to the Supreme Court of the United States.

“Judge Amy Coney Barrett’s judicial record, scholarly writings, reputation, and performance before the Senate Judiciary Committee all demonstrate that she has the potential to become an outstanding Supreme Court justice in the mold of her mentor, the late Justice Antonin Scalia,” he said.

McGuire wished Judge Barrett and her family well as she prepares to take on “this monumental responsibility.”

“An effective Supreme Court justice must possess intellectual brilliance, impartiality, integrity, decisiveness, a commitment to the United States Constitution, the ability to write clearly and persuasively, the wisdom to distinguish between valid arguments and flawed ones, the strength to admit when a prior Court decision is in error and must be overturned, and the courage to withstand various forms of political pressure,” he said. “More than that, a good Supreme Court justice must be humble enough to make decisions based on the law and the Constitution and not on her own policy preferences.”

RELATED: Fact Check: What You Need To Know About SCOTUS Nominee Amy Coney Barrett’s Faith – Is She a Member of a Christian Cult?