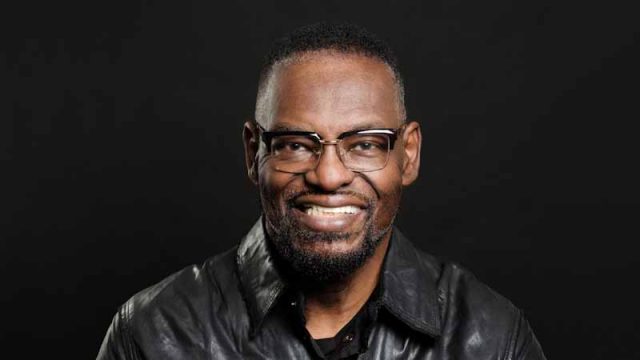 Bishop Harry Jackson, Jr., a conservative pastor who became a national voice for evangelicals and a spiritual adviser to President Donald Trump, died suddenly Monday, according to a statement posted on the website of Hope Christian Church in Beltsville, Md.

“It is with a heavy heart that we notify you that our beloved Bishop Harry R. Jackson, Jr. has transitioned to be with the Lord on November 9, 2020,” the statement read. “Please pray for the Jackson family’s comfort and respect their right to privacy at this time.”

The Rev. Derrick McCoy, a longtime associate to Jackson, said 66-year-old pastor was found unconscious at home but he didn’t know any other details. Jackson was diagnosed with esophageal cancer in 2005 and had suffered a stroke before. In the weeks leading up to Election Day, he kept a busy schedule, speaking and campaigning for President Trump.

“He was a man of incredible integrity and dignity,” McCoy said in an interview. “He had lot of compassion and guts and he took the punches for what he believed in. It was never about Trump. It was about standing in the gap and bringing a voice.”

Since President Trump was elected, Jackson was a frequent visitor for events at the White House. Last month Jackson told Religion Unplugged he was one of few people wearing a mask at the outdoor ceremony for Associate Justice Amy Coney Barrett’s nomination to the Supreme Court, the event where Trump and several lawmakers contracted the coronavirus. Jackson tested negative for coronavirus after the event, according to Religion News Service.

On the same day, Jackson also marched in a prayer rally with evangelical leader Franklin Graham in D.C. While Trump recovered in the hospital, Jackson was part of a prayer event led by Trump’s daughter-in-law and faith adviser Paula White.

On the eve of the election, Jackson was criticized by another evangelical leader for not challenging Trump’s policies more. In an interview with the Washington Informer, he said he wasn’t interested in presidential photo ops.

“It’s about attempting to bring real change in our community,” Jackson said. “If both parties want our vote then our support of the Democrats will not be a forgone conclusion. The story for the last 40 years is that the Black vote has been taken for granted.”

Jackson also led racial reconciliation talks for evangelicals and was a member of Trump’s Evangelical Advisory Board. He said that he wasn’t surprised about reports that Trump did well in Miami’s election results because some African American men were supporting Trump over Joe Biden.

“Everywhere that we gone, I have found more Black men supporting Trump,” Jackson said. “The  question has been by how large the margin would be because we were hearing reports that more Black men were getting what Trump was all about.”

When Trump was called a racist, Jackson said, “Donald  Trump is not a racist. He just has an affinity toward results-oriented people.”

Jackson had been very active for years and in a number controversial issues. He protested against the Maryland Marriage equality bill. He moved to D.C. to lead efforts to oppose same-sex marriage, and he also lobbied to get conservative justices on the federal bench. He also advocated for prison reform and economic development in low-income neighborhoods.

To pastor and grow his Beltsville church, Jackson checked his conservative politics at the door and spoke about how Christians don’t fit nearly into either political party today. For many years he and his first wife worked together as a spiritual team and sponsored many events in the community.

Jackson, whose wife passed away a number of years ago, remarried last Labor Day weekend. He talked about how happy he was.

RELATED: “Have We Sold Our Souls for a Place at the Table?” – An Urgent Appeal from a Pro-Trump Christian Leader

Senior contributor Hamil Harris is an Adjunct Professor at the University of Maryland College Park and has been a lecturer at Morgan State University. Harris is minister at the Glenarden Church of Christ and a police chaplain. A longtime reporter at The Washington Post, Harris was on the team of Post reporters that published the series “Being a Black Man.” He also was the reporter on the video project that accompanied the series that won two Emmy Awards, the Casey Medal and the Peabody Award. In addition to writing for ReligionUnplugged, Harris contributes to outlets such as The Washington Post, USA Today, The Christian Chronicle and the Washington Informer.