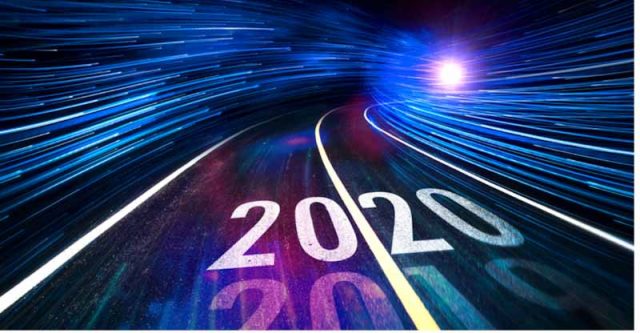 I am a firm believer in the prophetic. I believe in the validity and continuation of the gifts of the Spirit (1 Corinthians 12-14).

However, as I write this article, there are many prophetic people, respected in various circles, who still believe that God has ordained President Trump to serve a second term. Consequently, they call on believers to unite in faith and pray for the exposure of voter fraud and for the election results (projected by the media), to be overturned. (I hope that both Democrats and Republicans alike would desire voter fraud to be revealed!)

My intent in writing this article is not to undermine those standing in faith, believing for a just outcome. My desire is to deal with the larger question of when and why prophetic people make mistakes. Quite frankly, I am more pastorally concerned about the state of the charismatic evangelical Church than the election results.

The beginning of 2020 was ushered in with a cornucopia of prophetic utterances. However, it quickly became evident that many of the more popular prophetic voices fell short in their prophetic declarations. Because of the magnitude of the challenges faced in 2020, their lack of accuracy was magnified for all to see.

For example, many prophets missed it when they prophesied that COVID would suddenly dissipate right after Passover.

As a result, their followers have raised questions about the legitimacy of their prophetic leaders.

Now, in light of the election debacle, the prophets who declared that President Trump was going to win a second term (a couple of them even added that He would win by a landslide), are being seen in a negative light.

As a shepherd and a leader in the Body of Christ, my heart is not to condemn or criticize those who have missed it prophetically, but my desire is for the Church to be unified. Given the prophetic mistakes that have occurred, I’m concerned about the potential division and confusion within the Body. Some of the repercussions of inaccurate prophecies are that some people may end up giving up on the gifts of the Spirit, stop attending charismatic churches, or worse yet, completely backslide.

THE APOSTLE PAUL ON PROPHECY:

In the New Testament, Paul admonishes believers to judge and test prophetic words. This implies that there is room for error and leniency (1 Thessalonians 5:19-21, 1 Corinthians 14:29).

Furthermore, Romans 8:14 teaches that mature sons of God are led by the Spirit of God since the Holy Spirit is within each believer (Romans 8:9).

In contrast, the Old Testament prophets were given direct dreams or visions from the Lord, leaving them with no room for error. Thus, quoting 2 Chronicles 20:20 (when believing in the prophets was equal to believing in God) is not applicable in the post-resurrection New Testament in the same comprehensive way it was during the pre-Pentecostal Old Testament.

One can read Hebrews 1:1-2 for the fundamental difference between Old Testament and New Testament prophets.

Hence, the Church is not to be led only by prophets (who were once the only ones who heard from God), but are to discern both individually and corporately what the Spirit is saying (Revelations 2:11).

Jeremiah 23 is key to understanding the nature of true and false prophetic words. Essentially, God said that many prophets speak out of their human spirit instead of God’s heart and mind (God is not saying all words that are prophetic inaccuracies are the result of a demonic spirit). These prophets did not distinguish between their souls and spirits. Instead, they spoke out of their own emotions or biases (Jeremiah 23:16).

1 Kings 22 shows us that God sometimes allows corporate lying spirits to speak through prophetic people. This is to test people to see whether they will take heed to mature prophetic voices who are grounded in the word of God or whether people will instead chose to listen to those merely prophesy to appease the masses. (To be fair, in this passage, the lying spirits were likely put into the mouth of false prophets who did not follow Yahweh.)

1 Kings 22 illustrates how prophetic voices can sometimes get caught up in crowd-pleasing and playing to their base.

For example, traveling prophets can sometimes fall into the temptation of flattering the senior pastor with glowing prophetic words. For example, they may prophesy about revival coming to the church with the hope that they will be invited back to preach.

In the narrative of the book of Jeremiah, there was continual pressure upon Jeremiah to prophesy peace and prosperity. Instead, he predicted the looming captivity of Jerusalem. As a result, he was continually rejected and persecuted for his prophetic declarations.

Ergo, since many prophetic voices have a huge following of Trump supporters, whether they realize it or not, they can be tempted to utter words conducive to what their base wants to hear.

Romans 12:6 teaches us to prophesy according to the measure of our faith. Whenever we give “a word” that transcends our spiritual maturity and or faith level, we go from being inspired to being soulish. Some prophetic leaders are continually tempted to give huge elaborate words beyond their spiritual capacity because they seek to gain more attention and get more adherents.

After the huge COVID debacle, I have not heard any prophetic leader admit they made a mistake (at least I did not hear about it). I also did not hear anyone calling them out and holding them accountable for their mistake.

I chose to keep my powder dry and did not specifically call people out concerning this. The reason I refrained from doing so was because I did not want to embarrass my brothers in the Lord. I am well aware that any one of us can make a mistake once in a while. Personally, since the start of COVID, I had been saying that I did not think it would end quickly. I said this despite the consensus of the prophetic voices declaring the opposite. I presented my views through my writings and my participation in various leadership gatherings.

It’s imperative for those who miss it prophetically to receive correction. If a person is not open to correction, then he can become a danger to the body of Christ. Said person should also be encouraged to refrain for releasing public prophetic words until he submits himself to recognized seasoned leaders in the Body of Christ.

Knowing that any of us can make a mistake, it may be prudent for us never to say,  “Thus says the Lord” when we give a word. Instead, we can say something like, “I believe the Lord is saying,” so that others feel that they are invited to judge the word.

The bottom line is, if the word fails to come to pass, it was not a genuine word from the Lord. In Jeremiah 32:6-8, we see the great biblical prophet, Jeremiah, testing the prophecy before he declared it was from God.

Many prophetic voices are very accurate when giving personal prophetic words but are inconsistent when it comes to giving national words.  Just because a person functions with an accurate “simple gift of prophecy” within the local church (1 Corinthians 14:2-4) doesn’t mean they are called to give national prophetic words.

When they go outside of their lane, they will often make mistakes and give false hope to their followers.

Unfortunately, there is a human tendency for people to feel pressured to continually perform up to a certain standard. Such performance often garners followers, which sometimes translates to bigger offerings, and a larger social media platform. In addition, this drive to perform expresses itself in giving spectacular words in order to compete with other prophetic voices.

In the book of Jeremiah and 1 Kings 22, we see that there is often a consensus of a particular company of prophets running in a particular circle.

In light of the above, there may be peer pressure for other prophets to conform to the most popular and influential voices among them. When this happens, group discernment is collapsed down to the initial prophetic voice who has the most influence.

1 Corinthians 13:9 says, “We know in part and prophesy in part.” By implication, this suggests that all prophetic words are filtered through the lens of the prophetic person’s knowledge and assumptions. Our prophetic words are shaped by our worldview, eschatology, and human experience, as well as our political bent.

Consequently, this is why we need other members of the Body of Christ with a different perspective to judge our words.

For example, those with a conservative political lens may have a proclivity to favor their perspective when hearing prophecies. Those who prefer big government intervention may slant their prophetic words towards candidates and policies with a socialist perspective.

Nobody is exempt from personal biases. No one is entirely pure when giving prophetic utterances. Only the Holy Spirit speaks with complete accuracy 100 percent of the time. Cultural nuances and current events do not move the Holy Spirit.

In conclusion, my prayer is that this will be a time when God uses the current crisis to mature His Church. In addition, may the Holy Spirit increase our biblical discernment and capacity to move in spiritual gifts so that His Kingdom advances.

Editor’s note: This article was reprinted with permission from www.josephmattera.org. 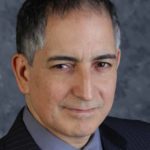