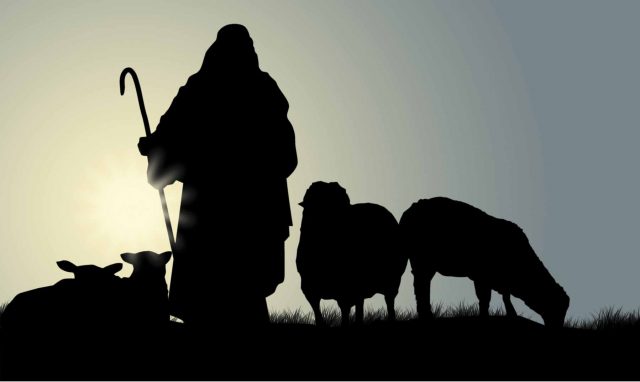 Being creatures of habit and expectancy, we often take for granted the presuppositions we hold to be true. We can overlook seemingly insignificant details in current events or characters in our favorite TV miniseries. And we might disregard obscure details surrounding familiar Bible stories we’ve learned growing up. When we bring into focus those details we have routinely dismissed, we begin to shed light on the fuller meaning and purpose that lends to the bigger story.

We can also read the nativity story in our Bibles with this same familiar expectancy. We proudly recite the verses that remind us of our Savior’s birth, however we can miss some of the contextual nuances that the original first century audience might have easily understood. Let’s look at Luke’s account regarding the shepherds:

And in the same region there were shepherds out in the field, keeping watch over their flock by night. And an angel of the Lord appeared to them, and the glory of the Lord shone around them, and they were filled with great fear. And the angel said to them, “Fear not, for behold, I bring you good news of great joy that will be for all the people. For unto you is born this day in the city of David a Savior, who is Christ the Lord” (Luke 2:8–12).

Why would the angels make their first announcement to lowly shepherds? Is there something unique about these shepherds that cultural context and religious practices reveal? Let’s first take a look at who these shepherds are and what was happening on the fields of Bethlehem as they kept watch over their flocks. One thing we know—common shepherds would not have understood the significance of this announcement. But what if they were priestly shepherds?

Biblical scholars tell us that the shepherds in the Luke account were no ordinary shepherds. Unlike common shepherds that would have only been permitted to pasture in wilderness areas, these were Levitical shepherds trained and tasked to tend, guard, and prepare their flock for temple sacrifices (John A. Martin, The Bible Knowledge Commentary). Across the fields of Bethlehem, less than six miles from Jerusalem, lie Migdal Eder, the Tower of Flock, a specific pasture area for temple sheep (Alfred Edersheim, The Life and Times of Jesus, the Messiah). One-year-old male sheep without blemish were sacrificed for the atonement of Israel’s sins, foreshadowing the complete and perfect sacrifice of Jesus on the cross.

It is likely these shepherds would have known about the messianic prophecies. But would they have understood that the promised Messiah had come to be their final, spotless sacrificial lamb replacing their endless cycle of temple sacrifices? Did these priestly shepherds even imagine the profound and eternal significance of the angels’ proclamation? Could they have fathomed what this tiny infant would do for them and the world one day? Luke’s first-century audience would have understood. We can too. We can know that the Lamb of God has come to redeem the world and atone for sin—once and for all.

The Lamb of God is also seen as a Good Shepherd. Throughout Scripture we see metaphoric imagery of God as a shepherd who knows the longings and needs of his flock. Ezekiel portrays a shepherd who seeks lost, broken, and hurting sheep. Those who need deliverance and restoration (Eze 34:11–15). He promises to spiritually nourish and give supernatural rest to his feeble flock. We see this echoed in Jesus’ parable about the shepherd who leaves the ninety-nine to seek and save the one lost sheep (Luke 15:4–7). We are those lost, broken, and hurting sheep who have gone astray and need supernatural rest and peace that only the Good Shepherd can give.

We can rejoice this Christmas with humble gratitude for our Savior’s sacrificial love. Because of His love we can be reconciled back to God and be transformed by the power of the Gospel. All we need is to receive God’s perfect gift wrapped in perfection, grace, and love—our Lord, Jesus Christ. Although we will never know what the priestly shepherds knew that dark, starry night, we do know they “returned, glorifying and praising God for all they had heard and seen, as it had been told them.”

RELATED: A Rare Astronomical Event Is Happening This Christmas. Is It The Star Of Bethlehem?