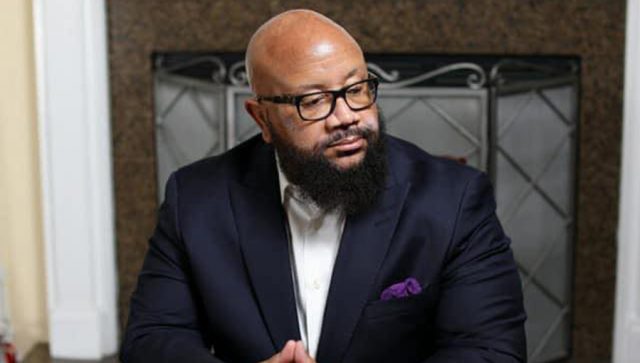 Bishop Donald Hilliard, Jr., an esteemed African-American pastor and community leader, recently issued a bold response to the riots at the Capitol on January 6, condemning the racist symbols adorned by some in the crowd and calling out an inequitable response by police.

For the last 37 years, Hilliard has served as the senior pastor of Cathedral International—The Historic Second Baptist Church in Perth Amboy, NJ. He is also the founder and CEO of the Cathedral Community Development Corporation.

In his blog post entitled “Chaos and Catastrophe at the Capitol, Hilliard said the presence of White Supremacy symbols and Nazi flags, Confederate flags and Trump flags were “a national embarrassment.”

“I also want to say that we are not going back. We have been through this before, but the days of Jim Crow are over, and every attempt to hold back justice will come to an end.”

Hillard expressed disappointment with President Trump’s  “venomous language” over the last four years and blamed him for inciting the riot with “dangerous rhetoric.”

Hilliard also commented on how easily the rioters gained access to the Capitol building and how they were “escorted” out without being detained. Although arrests have been made since the event, he noted the disparity of how people of color were treated by Washington, D.C. police at a protest this summer.

“This nation has a deep history of structural racism and policing,” he wrote. “All the way back, right after Reconstruction, law enforcement was there to police freed slaves, to intimidate them and to keep them in their place.  This deep, deep rooted stench of racism, is still very much in the air and alive today. Too often, law enforcement sides with mobs, and white nationalism runs amuck.”

Bishop Hilliard concluded his post by encouraging church members and blog readers to not be weary in well doing, noting that there was a “growing group of people – white, black, and brown – that are walking together in unity, justice and with hope for a nation where there is liberty and justice for all humankind.”

He also quoted the song, Life Every Voice and Sing, by the late James Weldon Johnson, a national organizer for the NAACP.

“May All Mighty God help us in this hour and give us grace, as well as faith over our fears,” Hilliard said. “Let us remember that He remains ‘the God of our weary years, and the God of our silent tears. God Who is by Thy might, led us into the light, keep us forever in the path we pray.’ ”