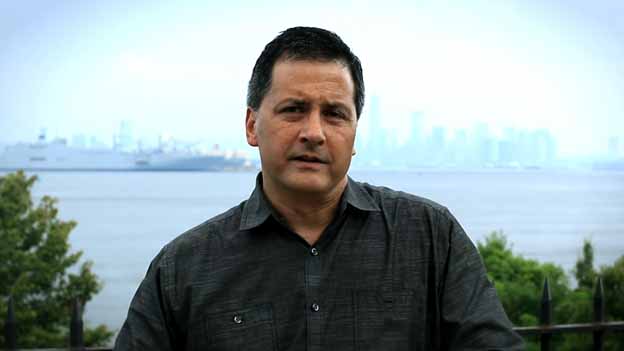 The Year of Jubilee was to be celebrated by the nation of Israel every fifty years as a season of comprehensive societal rest and renewal. Everyone had a full year to experience restoration in their relationships with God, family and community. The values and principles of this ancient national holiday have the potential to bring about comprehensive healing for our current social and economic crisis.

During this remarkable year: (a) all debts were canceled, (b) all slaves were set free and (c) a family’s inheritance/land was restored so that the next generation had housing, financial stability and the means of production (Leviticus 25). America has an opportunity to facilitate social and financial restoration based on the major principles of Jubilee and ancient Israel’s progressive social safety net which included: (d) provision of food for the destitute. Here are some “Jubilee Dreams.”

Mortgage deferment. It seems wise to think outside the box of increasing our astronomical national debt. What if a large number of banks agreed to have a mortgage free year for families and businesses who have been devastated by the pandemic. Banks could add the year to the end of the mortgage or bless those who have been hit hardest by gifting one year. Maybe our government could incentivize the program and large corporations that have profited immensely could lend a hand. This would “buy” everybody a year and cost the government very little. The American people were forced to bail out the banks in 2008. It’s only right that they would help bail out the small businesses that make up America’s backbone.

Medical Debt Assistance. What if churches everywhere helped to buy up medical debt from collection agencies. Several churches have pioneered this wonderful initiative of purchasing medical debt for pennies on the dollar. Maybe the government could incentivize this through a matching grant program.

Justice/Prison reformation. What if all those imprisoned for non-violent crimes were released from prison and the Scarlet Letter F (felony) no longer condemned formerly imprisoned persons to their situation of permanent disenfranchisement.

There is a great deal of momentum towards prison reform lately, but I think pairing this with a relief package for all Americans would help to build bipartisan support.

Public Housing Initiatives. Public Housing often represents the culmination of oppression for black and brown communities. Throughout the last century, powerful city planners, Robert Moses of NYC being one of the worst offenders, created segregated regions in our cities to separate black and brown citizens from center city prosperity. Red lining and a multitude of racist real estate policies served to remove the option of home ownership for millions of African American and Latino families. Housing Projects became the only option. NYC has more than any city in our nation. 168,000 apartments house over 700,000 NYCHA residents (NYC Housing Authority). 98% of the 250,000 children live in single guardian homes. Very few mission fields in the world are as large and open to the Gospel. Churches can immediately become strong partners in renewing these communities that have been devastated for generations. If a critical mass of churches came alongside our public housing communities and the schools adjacent to them – we would lead the way in healing an enormous portion of the social dissolution that is plaguing our nation.

This is not a dream scene – Urban Hope is implementing “systemic healing” models and building collaborative teams in the NYC and Philly Metro’s to facilitate long term renewal in the public housing communities of these regions. Please reach out to us if you are interested in supporting or joining this endeavor. (Public Housing Renewal Vision)

Housing Justice/Reparations. Here is a dream scene that is far beyond my pay grade or training but…what if federal and state public housing institutions began transitioning housing ownership to current apartment residents below market value.

This is an opportunity for nationwide reparations to black and brown communities that can also boost the economy. For example, what if in NYC there was an initiative to:

One of the great crimes of systemic racism has been keeping black and brown families from property ownership, a foundation for stability and intergenerational wealth.  Here we have an opportunity to begin righting the wrongs of our nation while providing for our most vulnerable families a piece of the American pie.

NYC and other major cities are struggling with the disruptive aspects of gentrification.  In many ways there is a push to privatize public housing and push out the poor to expand the high-end living capacity of prospering cities. The ultimate evil of what has been called the “American Apartheid” would be to take away these apartments when they finally have value! By transferring ownership, we can do the right thing and give immediate equity to families that have been treated with great inequity for many generations.

FOOD PROVISION FOR THE DESTITUTE

The Compassion Diet – #PackHalf4theHungry. As part of God’s amazing social safety net, the Jewish people were commanded not to harvest or glean their fields twice – so that the poor could find sustenance by picking through the leftover grain (Deuteronomy 24:19-21). Here is an idea “gleaned” from this practice that I believe could greatly alleviate our current pandemic related food crisis: The Compassion Diet.

The concept is simple.  When eating out at a participating restaurant, a patron could simply ask the waiter to “Pack Half.”  This will inform the restaurant that half of the ordered item is to be placed in a takeout container that will be placed in a freezer designated for food insecure families and individuals.  This will greatly increase the amount of food available during this season of incredible difficulty. #PackHalf or #PackHalf4theHungry could be the hashtags of this movement. Participating restaurants could get subsidies/tax incentives and “do gooders” marketing promotion.

The American Jubilee would involve citizens, government, business, banks and churches, all working together to bring healing in this time of great crisis.

The year of Jubilee was above all, meant to be a time for renewing our relationship with God and man. We have all failed to love our Savior and our neighbor well. We have all succumbed to the pull of self absorption, greed and gluttony. The ultimate expression of Jubilee is found in Jesus Christ. In Him, our great debts of sin and selfishness are canceled. In Him, our inheritance as children and joint heirs is restored. In Him our slavery to addictions, bitterness and depression is rescinded. In Him we can be born again individually and through proper reparations, nationally. In Christ Jesus, all things can be made new.

The Jubilee Dreams that are expressed here may not come to fruition, but new life, forgiveness, perfect love and eternal hope in Christ Jesus are for you now and as close as the mention of His name.

Beidel is launching The Saturate Collective, a model for community healing which focuses on creating just, safe and holy sanctuaries in the housing projects of NYC by weaving and layering together: churches, non-profits, schools, public housing gatekeepers, and police and marketplace partners until a community is flourishing and bulletproof.