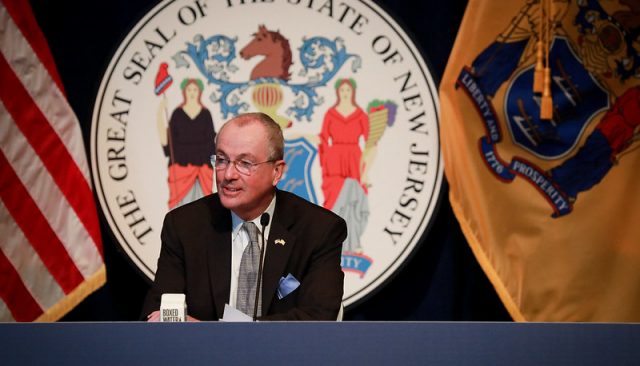 Two recent bills signed into law by New Jersey Governor Phil Murphy have pro-family advocates – and anyone with common sense – scratching their heads.

On March 1, Murphy signed bill A4454, which requires all public schools to teach transgender identity and sexual orientation lessons beginning in kindergarten.

On February 22, as expected, Murphy signed laws that legalize and regulate cannabis use and decriminalize marijuana and hashish possession for adults 21 and over. However, the new legalization also makes it illegal for authorities to notify parents of underaged marijuana and alcohol offenders.

Regarding the transgender and sexual orientation legislation, Murphy signed the law despite receiving 19,000 emails opposing this bill in less than 45 days, according to the New Jersey Family Policy Alliance.

“Despite the widespread outrage and objection from parents, pastors, and legislators, he authorized this bill to become law,” said Shawn Hyland, executive director of the New Jersey Family Policy Alliance.

In a recent email to supporters, Hyland said the law “will only complicate and confuse the understanding of human sexuality for five-year-old children who are so young they are just learning to tie their shoes…Discussions about various sexual attractions and subjective gender identities have no place in the kindergarten classroom.”

Hyland also announced that the Family Policy Alliance is working on a mobilization campaign that will seek to give parents the chance to opt children out of lessons and materials that violate religious beliefs regarding sex, sexuality, and gender identity.

“It is clear Governor Murphy and the legislators that passed this bill do not have the best interest of your child in mind,” Hyland said.

After the passage of the recent marijuana law, police departments across the state are also wondering who is considering the best interests of teens and young adults.

In Wyckoff, New Jersey, the police department recently sent a notice to parents, detailing their disappointment and the restrictions they now face when dealing with underage marijuana and alcohol use. In addition to not being able to arrest on first offense or notify parents (offenders only receive a written warning), police are also prohibited from conducting a search if they detect an odor in a car or observe use in plain sight.

“We did not anticipate that this legislation would strongly restrict the ability of police departments in New Jersey to communicate with parents about use of marijuana and alcohol by their children,” said Wyckoff Police Chief David V. Murphy.

“Law enforcement around the State is shocked that Governor Murphy signed a law that PROHIBITS police officers from telling parents that their children are in possession of marijuana. AND THE POLICE FACE CHARGES IF THEY TELL THE PARENTS. Almost impossible to believe.”

Almost impossible to believe, but with the latest Murphy Laws, anything that can go wrong (when it comes to protecting teens and children), will go wrong.

THINKING OF RE-FINANCING OR BUYING A HOME? Rates are at an all-time low. Contact Glenn Farraye, a Mortgage Rep You Can Trust – Click Here