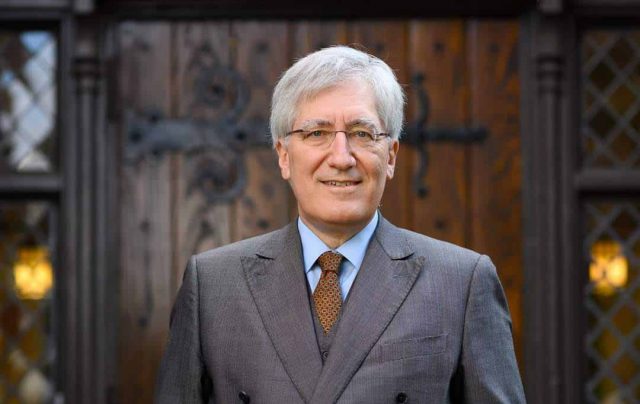 In a March 5 Facebook post, George, the McCormick Professor of Jurisprudence and Director of the James Madison Program in American Ideals and Institutions at Princeton University, had a message for parents of children in New Jersey public schools and states “that have similar laws mandating the indoctrination of children in public schools on matters of sexuality.”

“If you do not believe in the ‘Woke’ ideology into which your kids are being indoctrinated, I urge you in the strongest possible terms to get your children out of those schools. The indoctrination literally begins in Kindergarten and First Grade,” he wrote.

George, the former chairman of the United States Commission on International Religious Freedom, said, New Jersey, with its LGBT curriculum laws, was adopting “an established religion.”

“It is not a traditional religion, and it is not theistic, but it is a religion nonetheless–a system of ideas embodying a particular view of human nature, the human good, human dignity, and what is most important (‘sacred’),” wrote George. “The public schools are as ‘religious’ today as they were at the beginning when they reflected the Protestant Christianity that was dominant when public education began in the U.S. in the 1830s. The difference is that Protestant Christianity has been replaced by secular progressive ideology.”

On the collegiate level, George is a member of the recently-formed Academic Freedom Alliance, a diverse group of 200+ scholars “who have united to defend freedom of thought and speech on campuses.”

As for New Jersey public school parents who have values that differ from the narrow, progressive orthodoxy mandated by legislators, George’s message is clear.

“Your kids should be brought up in your own faith,” he said. “Allowing them to be educated in a set of dogmas that are antithetical to your own beliefs simply makes no sense. Get them out.”