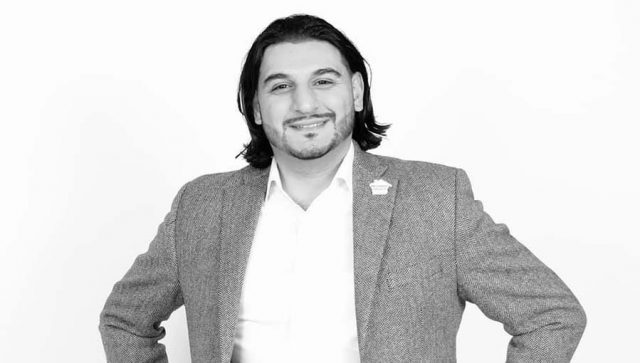 Issa Musharbash, the author of Go Back to Your Country: Or Stay and Defy the Odds, wrote his first book with legacy in mind. An immigrant from Jordan and the CEO of a real estate company, he wanted to chronicle his inspirational, against-all-odds story for his three children.

Musharbash’s book opens with a vicious hate crime he endured on the streets of Jersey City. The twelve year-old immigrant boy from Jordan, working at a deli to help his family pay the bills, was returning from a delivery with about $40 in cash. As he was being punched, kicked, and insulted, he thought he was being robbed—but he soon realized that was not the case.

“The main guy leading the group said, ‘Go back to your ——- country!” Musharbash recalled. “I was attacked because I wasn’t ‘American’ enough. I did not look like them. This was not a robbery. It was a hate crime. For a kid who wanted to finally embrace and settle in this country, it was traumatizing.”

Traumatizing yes, but Musharbash’s resilient spirit would win out over the years. His family had immigrated to the United States from Jordan, not once, but twice. There were trials, tribulations, hardships, and family drama. As a teenager, he searched for identity in a gang and in music.

“Those years were dark because I was searching for a place to belong, and I found nothing but rejection,” Musharbash said.

That rejection came from a distant father, who lived in Jordan, and even from a local church where he was not warmly welcomed because of his appearance, he said. Musharbash, however, would eventually find Christ and acceptance at Cityline Church in Jersey City. Cityline members were regulars at the Dunkin Donuts where he worked as teen. They even invited him to church.

“WHO ARE THESE PEOPLE?”

“On Sundays, I would see people from church coming in, getting their coffee. They would say, ‘God bless you.’ And they were happy. And I kept wondering, ‘Who are these people?’” recalled Musharbash.

At Cityine Church, he found a place where he could blossom and he found a mentor, Pastor Joshua Rodriguez.

“He’s my hero,” Musharbash said. “Pastor Joshua is the unsung hero of so many young people, many are enjoying lucrative careers. He’s been doing this for 30 years. What I loved about him is he saw me as a son right away. I had a father that couldn’t do that…Couldn’t say words like, “I’m proud of you.” Like, “Good job.”

In addition to themes of faith, family, and business success, there is also a love story that is central to Go Back to Your Country. As a teen, Musharbash fell in love with Ketty, the girl of his dreams. But she broke up with him after a short relationship, and wanted to get serious with her faith.

“I remember my mom telling me, If she’s the one, God will bring her back, you’re young, take it easy on yourself,” Musharbash said.

A few years later, however, after he began to serve the Lord, Musharbash was reunited with Ketty. True love prevailed, and Issa and Ketty were engaged, but there was one final hurdle. Ketty’s parents would not allow the marriage to happen unless Musharbash could make an annual salary of $40,000.

Blessed with a great work ethic and working for Bank of America at the time, Musharbash accepted the challenge.

“I wanted to marry her so bad,” he said. “My success at Bank of America had to do with my wife…When you have a dream, “you do whatever it takes.” So, “I worked and I got married to my dream girl.”

But the dream was still unfolding. Musharbash transitioned to real estate, and then stepped out in faith to start his own agency. Today, he is the CEO of Provident Legacy Real Estate Services, LLC, a family of companies that service the Hudson County area.

In writing his book, Musharbash not only wanted to inspire his children, he is also seeking to challenge readers to find their own story. He wants them to dream big dreams or rekindle dreams that may have been forsaken. He hopes readers will live a purpose-filled life and see God’s providence in how an immigrant became a CEO.

“God prepares you,” Musharbash said. “You don’t know why you’re going through difficult times. You have no clue, but if you just wait and get through it,” those difficult times are preparing your for success down the road.

“I want my story to make readers think about their own story,” he said. “I want to challenge them to dig in and find God’s purpose…”

To purchase Go Back to Your Country: Or Stay and Defy the Odds, visit https://gobacktoyourcountry.com.