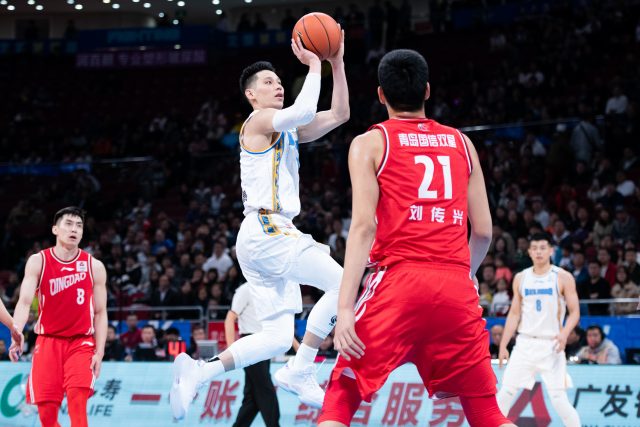 For Jeremy Lin, the time for action is now.

Lin played for nine seasons in the NBA. He is the man behind the “Linsanity” while with the New York Knicks and won an NBA championship with the Toronto Raptors in 2019. But beyond being one of the first Asian-Americans to play in the NBA, Lin is known for being a devout Christian and, recently, for being outspoken about the racism he and other Asian Americans have endured.

Lin made his feelings known about how he and other Asian Americans have been treated and the effect the mass Atlanta shooting March 16 has had on the country in a recent TIME magazine article he co-authored with his sister-in-law, Patricia Sun.

“I have to believe things are starting to change,” Lin and Sun wrote. “This past year has seen some of our worst fears come true and revealed some of the ugliest parts of our society. And it will take courage to confront what we see.”

Lin and Sun said the recent Atlanta murder “almost fel inevtiable” based on the increase in violence against Asian Americans in the last twelve months.

“Even as Asian Americans watched with dread as “Kung Flu” and “China Virus” got thrown around last year, we hoped that things would calm down again, that people would see our calls for action and see the racism in plain view. But it didn’t happen,” they wrote.

Deespite the outrage, Lin encouraged others on social media to not lose hope despite what happened in Atlanta.

“This is sooo heartbreaking…praying for our world. To my Asian American family, please take time to grieve but know you’re loved, seen and IMPORTANT. We have to keep standing up, speaking out, rallying together and fighting for change. We cannot lose hope!! #StopAsianHate #NOW,” Lin posted on Twitter the day after the shooting.

In TIME, Lin and Sun also wrote about the amount of empathy the alleged shooter was receiving.

There is “anger at how even after murdering EIGHT people in cold blood, a white male shooter somehow deserves more empathy than the innocent women and men he killed and the devastated families they left behind,” Lin said. Of the eight women killed, six of them were mothers and four were of Korean descent.

Lin has been outspoken recently about the racism he suffered previously as an NBA player and currently as a member of the Santa Cruz Warriors of the NBA’s G League, the association’s official minor league. This includes being called ‘Coronavirus” on the court.

“”I self-combusted and I went crazy,” Lin told PEOPLE. “I had a knee-jerk reaction and I didn’t handle it well, and I ended up hurting myself and my team.”

Lin called on pastors and church leaders to meet with their Asian-American congregants the weekend following the shooting.

“You don’t have to have solutions to sit with people in their pain,” Lin wrote on Twitter.

Sitting, and listening, can be part of the process of changing the narrative and growing both on a societal level and individual level.

‘In the nine years since Linsanity, people challenged me, educated me, and forgave me,” Lin told TIME. “Every day, I’m trying to learn more, listen more, judge less. And if we fight TOGETHER, I truly believe some of our greatest hopes can be realized.”