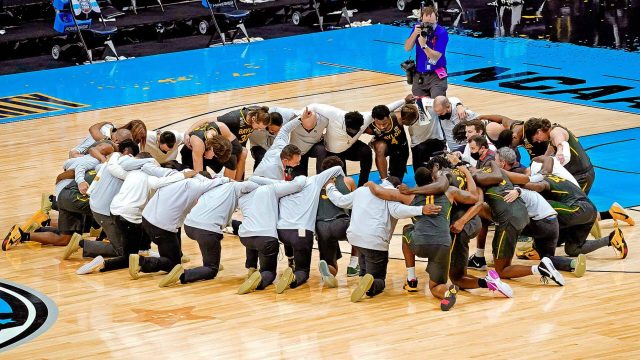 Nothing, it seems, could stop Baylor this season from winning the NCAA men’s basketball tournament.

Not the limited number of fans in the stands that deflated school spirit.

Not even undefeated Gonzaga who was charing through the tournament trying to win it all.

The Texas school dominated the championship game from the start on Monday night and captured the national title after defeating No. 1-ranked Gonzaga 86-70 at Lucas Oil Stadium in Indianapolis.

It marked the first time that a Protestant college or university — Baylor is a Baptist school founded in 1845 — has ever won a men’s basketball championship. The school’s 1,000-acre campus, located on the banks of the Brazos River between Dallas and Austin, makes it the largest Baptist university on the planet. Duke, a basketball powerhouse and a five-time NCAA champion, has ties to the United Methodist Church, but is not considered a denominational school.

Gonzaga, a Jesuit school who went into the championship game undefeated this season, failed to live up to the tradition of Catholic schools winning college hoops’ biggest prize.

The secret to Baylor’s success wasn’t limited to its great defense and a hail of three pointers. The secret lies in a culture called “(JOY) – Jesus, Others, Yourself.”

“First and foremost, I want to thank God for blessing us with this opportunity [Monday night],” head coach Scott Drew said at the start of his post-game news conference. “I know the guys have worked really hard, so happy they get a chance to celebrate now.”

The players immediately formed a prayer circle moments after the final buzzer, then celebrated with the trophy amid a sea of confetti.

Baylor’s success at the Division I level is an outlier. Protestant schools have traditionally fared better at the Division II and III levels when it comes to basketball. For example, Kentucky Wesleyan won eight Division II championships, while North Park University has grabbed five Division III titles. Baylor’s women’s team had previously won the national basketball title in 2019.

Until this season, Baylor had played in the NCAA Tournament nine times under Drew, but only got to the Elite Eight twice before losing to eventual champions Duke in 2010 and Kentucky two years later.

The victory, meanwhile, unleashed celebrations in Waco, where the school is located, and across the state.

Baylor’s website also highlighted “JOY” as a key to the team’s success this season. This is how they put it:

This year’s team was the perfect embodiment, navigating a distinct array of circumstances: from the disappointment of last year’s NCAA tournament cancellation to their best-ever preseason ranking (No. 2 behind Gonzaga), from looking almost unstoppable during a 18-0 start to dealing with an unprecedented three-week February pause due to COVID-19. When they came back, they found a way to overcome their first loss and win three top-25 games en route to their first Big 12 regular season title. They earned their first ever No. 1 national seed for the NCAA tournament and stayed poised in a three-week bubble, securing their first Final Four berth in the modern era before finally cutting down the nets as champions. Amidst unprecedented challenges and rarified air alike, they lived out a culture of J.O.Y. that elevated Jesus and others ahead of themselves, sharing that message on the biggest stage in their sport. Now, they’re national champions.

For Gonzaga, meanwhile, the feeling of falling short isn’t new. The Zags lost to North Carolina in the 2017 championship game. Even inspiration from the school’s namesake saint wasn’t enough to help the Bulldogs to the ultimate prize.

“You’ve got to give Baylor a ton of credit,” Gonzaga Coach Mark Few told reporters after the game, “but just remember what an amazing, amazing year, what an amazing accomplishment even getting to this point it was.” 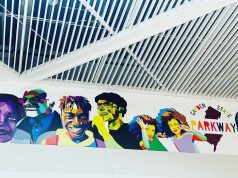 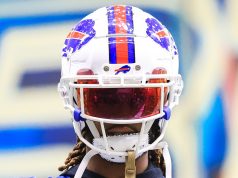