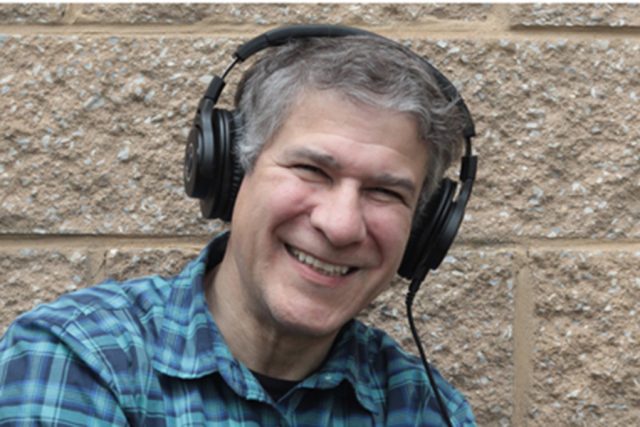 “Five years, a great accomplishment,” Smallbone said. “We root for you guys to have many, many more years. Congratulations!”

(Watch the anniversary concert at the end of the article.)

The GATE radio is broadcast out of the International House of Prayer Eastern Gate in Cranford, New Jersey.

On the air, Flores invites listeners to “enter by the narrow gate” as Jesus instructed in Matt. 7:13. He presents worship music, news, and prayer and praise 24 hours a day. Additionally, the station also highlights local and national ministries with interveiws of pastors. authors, and parachurch leaders.

The GATE serves a broad international audience in providing worship music, prayer, praise and encouragement, twenty-four hours a day. The music and prayer format is heard in over 45 nations throughout the world.

A Voice For Christians

The GATE is a culmination of a 45-year career for Flores that spanned WFMU, 970 DJ, WMCA, and Star 99.1. But Flores was more than just a voice on the radio.

“Over those years, I learned a lot about Contemporary Christian Music and the body of Christ,” he said. “I wound up doing outreach with ministry leaders and attended pro-life meetings. I was a voice, along with a lot of other Christian leaders.”

It was after he was laid off at Star seven years ago that Flores received an invitation. Gary DePasquale, founder and director of the International House of Prayer Eastern Gate, approached him about starting a radio station and being an intercessory prayer missionary.

“He was familair with my work on other Christian radio stations and asked me if I could start a radio station. I couldn’t believe it. He said he wasn’t sure if it was the Holy Spirit or not, but asked if we would start it?” recalled Flores, not realizing what kind of undertaking starting a station could be. “You need a license, equipment, and microphones for starters.”

The opportunity came at a time when Flores did not know what would happen next. How would he provide for his wife Maryann and children?

“Through prayer and tears, the Lord started answering prayers. All of a sudden, people began donating,” Flores said. “I was receiving an $18 gift, and a $50 gift there. Someone said, ‘I’ll buy you a $600 microphone, a professional broadcast board, computer software.’ It was, and continues to be, a very humbling and beautiful experience.”

And today, for Flores and the staff at The Gate, that experience includes building up and encouraging believers, and letting seekers know about the Good News of Jesus Christ and His soon return.

Listeners can hear The GATE online at www.thegateradio.org.  For iOS- and Android-enabled devices, download the free GATE app at the Google Play and App stores.