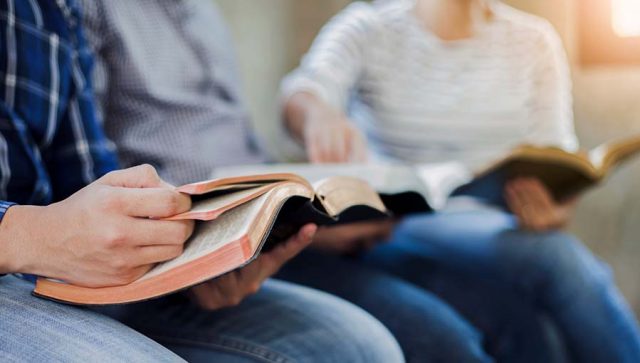 In half-steps forward and quarter-steps back, the culture is nearing a resumption of in-person life and “return to normal”—the long-desired post-pandemic world.

Economists are expecting a surge in jobs and spending. Yale sociologist Nicholas Christakis predicts a “roaring twenties” like the one that followed World War I and the deadly pandemic of 1918. Columnist and author David Brooks envisions a joyous resumption of the delights we have largely done without since March 2020. “We are going to become hyper-appreciators,” Brooks writes, “savoring every small pleasure, living in a thousand delicious moments, getting together with friends and strangers and seeing them with the joy of new and grateful eyes.”

But given what we know about trauma and its long-haul effects—and what have this pandemic and other interlocking crises been if not traumatic, for individuals and society alike?—we can be sure that not everyone is going to be in a position, economically or psychologically, to start savoring life again. In the new roaring twenties, not everyone will be ready to roar. Who will remember them?

Churches can. What is left of congregations can. Truly, they must. When in the foreseeable future will there be a better chance for them to demonstrate that they’re more than the anachronisms that the skeptics and demographic trends portray them as—that their faith can bring hope to where darkness and pain persist?

To understand the need and opportunity in front of faith communities, it’s imperative to fully grasp what the country has been going through and the wreckage that will remain. They’re massive. “The ongoing COVID-19 pandemic,” the National Intelligence Council says, “marks the most significant, singular global disruption since World War II, with health, economic, political, and security implications that will ripple for years to come.”

And it’s not just COVID-19, although a U.S. death toll approaching 600,000 is, all by itself, a galling disaster. Other calamities have been rolling over us alongside the contagion—police brutality, racism, climate change, angry political polarization, an unprecedented attack on the nation’s capital—making crisis-survival an exercise in multitasking.

When it’s finally over, more or less, we’ll see that the pandemic has left a mark. Look at children. A national study of nearly 100,000 students found that second-graders, as of last fall, had fallen 26% behind the reading level they would have achieved had there been no pandemic closing their schools and turning their households into ill-equipped virtual learning centers. For third-graders, the figure was an even higher 33%.

That’s the educational toll. Think of the psychological effect on kids who lost a parent or grandparent to the disease, whose mothers or fathers lost jobs that were barely enough to live on anyway and have since been radiating the kind of high-intensity anxiety that can invade a kid’s psyche and take up residence for a lifetime.

The pandemic has been damaging adults’ mental and physical health, too, in ways well beyond COVID. During the pandemic, physician and health educator Lucy McBride writes, “Primary care doctors have witnessed a deluge of anxiety and depression. Now, the physical manifestations of cumulative trauma are washing ashore. Underlying health conditions are flaring, new medical problems have been unleashed, and our emotions are making us sick.”

Millions of Americans will emerge from the pandemic with holes in their lives—lost spouses, parents, siblings and friends. Others will continue to struggle to make sense of the traumatic experiences they themselves went through in ICUs, often alone.

There is a lot of pain to contemplate, maybe too much. Perhaps it’s understandable that a century ago, as our forebears emerged from their pandemic, they did their best simply to put it behind them. Indeed, history shows a remarkable absence of public memorializing and meaning-making after 1918: nothing like the AIDS quilt, few tributes to the sacrifices of health care providers and little mention of the trauma in the music, art and literature in the period that followed.

This forgetting—is it something to emulate in our own “Roaring Twenties”? We can do better. And spiritual communities have a crucial role to play.

Resisting the urge to forget

Theologian Serene Jones speaks movingly about the caustic effects of unprocessed trauma. She cites a “deep human desire to repress (trauma) and to not deal with the story of the harms that have happened.” This harm, she says, “haunts your dreams as an individual, haunts your collective unconscious as a society—until you tell the story, until you face the truth of the horrors that have happened.”

When she made this point at event in 2019, Jones could not have known what was coming. But her insight is eerily relevant. As is her point about what happens when people and communities transform their grief into mourning.

Mourning, according to Jones, “creates a space… for you to make sacred the pain so that the rest of your life is transformed by it. It allows the possibility of a future.”

The gigantic federal relief program, for all the good it is doing, can accomplish only so much. It can’t hug you when you’re stuck in your post-pandemic grief. It can’t befriend you when you’re alone. Even though President Joe Biden does empathy well, he alone can’t help you properly mourn the loved ones you lost.

If anyone can, it’s those in the churches and other houses of worship and communities of meaning. Mourning is an art at which religions are practiced. “Congregations—their people and their leaders—are good at grief, really good in a lot of cases,” observes the Rev. Sue Phillips, co-founder and principal of the Sacred Design Lab.

Depleted though they are, congregations have the ability—the highly relevant ability—to help meet the ocean of unmet need that the culture can expect to find on the other side of the pandemic. They have the goods if they can figure out how to deliver them. They have people—people imbued with theologies and philosophies made for times like these, people who can tutor kids, mow widows’ lawn, sit with elders who have lost their spouses, sacralize the society’s pain so that we can, as Jones contends, free ourselves for a future.

This prospect is best considered in juxtaposition with the latest Gallup Poll—the one showing membership in U.S. worship communities dropping below 50% for the first time since Gallup has been keeping track. If congregations want to find their role and show their worth in this more secular century, it’s hard to imagine a better opportunity. Conversely, says Phillips, “if the community of congregations can’t figure out how to deliver something they are genuinely excellent at to folks who are not currently in their pews, they have straight-up failed to meet the moment and are co-creating their demise.”

There’s another gift, maybe the most important of all, that churches and other spiritual communities can bring to a culture ever tempted to forget and move on. They can bear witness to the realness of the disasters that have befallen us. They can remember. They can tell the story that will need to be told.

Tom Krattenmaker is a writer specializing in religion and values in public life and Communications Director at Yale Divinity School. He is the author of Confessions of a Secular Jesus Follower. Tom KrattenmakerApril 23, 2021