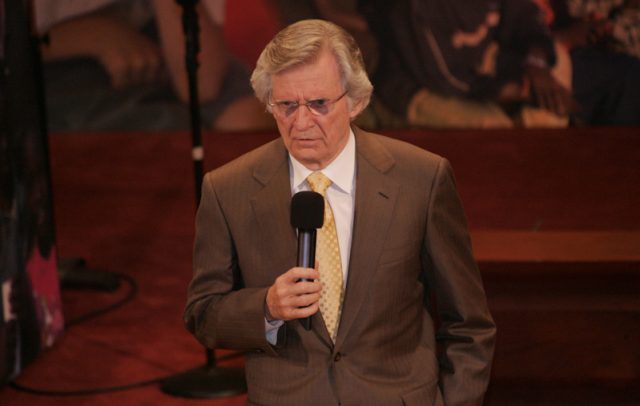 Editor’s note: April 27, 2021 marked the ten-year anniversary of the passing of Rev. David Wilkerson. In honor of the legacy he left behind, in New York City and around the world, tristatevoice.com is reprinting this column by publisher Tom Campisi, which first appeared in spring of 2011.

Rev. David Wilkerson, the skinny Pennsylvania preacher who left a lasting legacy in New York City and around the globe, died in a car crash in Texas on April 27. He was 79 years old.

I may have never met David Wilkerson in person, but I did get to know him by his fruit (Matthew 7:16). When my cousin was delivered from a drug addiction through Renovation House (which was birthed out of Teen Challenge), I saw firsthand how the power of God could bring healing and hope and change the destiny of a young man.

Rev. Wilkerson and his brother, Don Wilkerson, started Teen Challenge in 1959 in Brooklyn. After reaching out to gang members on the streets of New York City, they believed that God could not only save addicts, but could bring them freedom and wholeness as well. Today, Teen Challenge has 414 centers worldwide and its biblically-based recovery program is currently reaching approximately 25,000 men and women.

The most famous of those once-infamous New York City gang members was Nicky Cruz, leader of the feared Mau Maus of Brooklyn. In one historic confrontation with David Wilkerson, Cruz threatened to kill the persistent minister.

“You could cut me in a thousand pieces and lay them out in the street and every piece would love you,” Wilkerson said.

Cruz eventually surrendered to Christ and became a powerful evangelist who has preached the Gospel to millions of people around the world. He never met his natural father, but referred to David Wilkerson as his spiritual father. The two men were lifelong friends. In 1999, I was invited to cover a youth outreach at Crossroads Tabernacle in the Bronx. After Pastor Joseph Henry Cortese and the “Storytellas” ministered through hip hop and the spoken Word, Cruz passionately preached a large crowd of young people to the altar. I never met David Wilkerson, but you could not miss his fruit—it was scattered all over the Big Apple.

Rev. Wilkerson’s early years and the story of how he came to New York after reading about the murder trial of five teenagers in LIFE Magazine is documented in the 1963 book, The Cross and the Switchblade. The bookhas sold 50 million copies in over thirty languages and was made into a movie of the same name (starring Pat Boone as Wilkerson and Eric Estrada as Cruz). The Cross and the Switchblade was one of those books you just couldn’t put down; it seemed to have a life of its own. 50 million copies? Talk about fruit that remains.

In 1971, Rev. Wilkerson moved the ministry headquarters to Lindale, Texas, but his work in New York was not complete. He returned for a second tour of duty in 1986 after a midnight walk in seedy Times Square broke his heart.

“I saw nine and ten-year-old kids bombed on crack cocaine,” he said. “I walked down 42nd Street and they were selling crack. Len Bias, the famous basketball player, had just died of a crack overdose, and the pusher was yelling, ‘Hey, I’ve got the stuff that killed Len.’ I wept and prayed, ‘God, you’ve got to raise up a testimony in this hellish place…The answer was not what I wanted to hear: ‘Well, you know the city. You’ve been here. You do it.’”

Rev. Wilkerson founded Times Square Church in 1987. Nearly a quarter of a century later, it is a beacon at the Crossroads of the World and home to a missions-focused congregation of 8,000 people who represent over 100 nationalities.

In the September 2001 print edition of the Tri-State Voice (which came out at the end of August), Times Square Church ran a quarter-page ad for a youth event that was taking place in the fall. As the issue came out, I got a call from Pastor Patrick Pierre asking if we could pull the ad because the event was cancelled. I explained that it was too late because the newspaper had already been printed and distributed. Pastor Pierre said Times Square Church had cancelled all upcoming events because the pastors had decided to lead the congregation into a season of corporate prayer (I later found out that the leadership of the church had sensed that a calamity was coming to the city and they wanted to be prepared to minister).

About a week later, the World Trade Center came crashing down and Times Square Church was ready to help a limping city rise from the ashes.