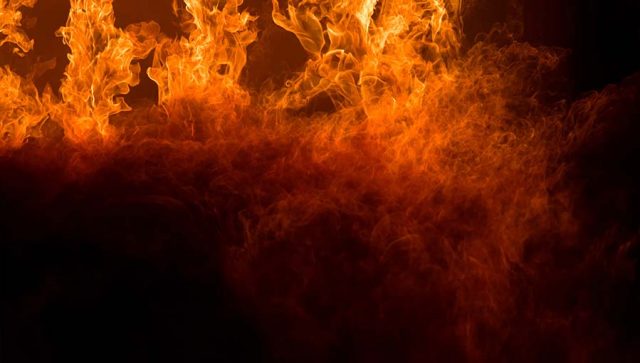 In a certain sense, God’s presence fills the universe. Yet there are times in history when God manifests His presence in a particular place or in a particular way that is unique and distinct and powerful and transformative. We call those times “revival.”

During such times in the past, children would say, “Did you hear that Jesus came to my village?” Preachers would say, “God stepped down from heaven.” Something had changed, and everyone knew it.

As I explained in the definition I have used for revival for many years, “Revival is a season of unusual divine visitation resulting in deep repentance, supernatural renewal, and sweeping reformation in the Church, along with the radical conversion of sinners in the world, often producing moral, social, and even economic change in the local or national communities.”

Note in particular those words “a season of unusual divine visitation.” That is the very essence of revival.

There are passages in the Bible that describe God’s presence as being everywhere (see Psalm 139:7-12; Jeremiah 23:23-24). Yet there are distinct times when He draws near in unique ways.

This was Jacob’s experience in Genesis 28 when he spent the night in a place called Luz. After he saw angels ascending and descending from heaven in a dream, he woke up and said, “‘Surely the LORD is in this place, and I was not aware of it.”’ He was afraid and said, ‘How awesome is this place! This is none other than the house of God; this is the gate of heaven.’” (Genesis 28:16-17)

As a result, he named the place Bethel, which means “house of God.”

At other times in Israel’s history, the presence of God was manifest in a literal, visible, even tangible way to the point that everyone could see it or feel it. In fact, on a few unique occasions (specifically, the dedication of the Tabernacle and the dedication of the Temple), the Lord’s manifest presence (called His “glory”) so filled the place that neither Moses nor the priests could enter (Exodus 40:34-35; 2 Chronicles 5:11-14; 7:1-3). There was no room for both God and man.

In the same way, although the Lord is always with us when we gather to worship Him (see Matthew 18:20), there are distinct times when His power and presence flood the gathering place, resulting in dramatic conversions and supernatural transformations.

Paul explained that “. . . if an unbeliever or an inquirer comes in while everyone is prophesying, they are convicted of sin and are brought under judgment by all, as the secrets of their hearts are laid bare. So they will fall down and worship God, exclaiming, ‘God is really among you!’” (1 Corinthians 14:24-25)

So, just as Jacob concluded that the place where he spent the night was the gate of heaven, the very house of God, sinners and seekers will conclude that God is really among us when the Spirit moves freely in our corporate gatherings.

And what happens what an unusually intense spiritual presence is manifest in service after service? What happens when that presence becomes even more powerful and is not limited to a single meeting place but rather to a region? We call that revival.

In fact, seasons of revival are so distinct and real that we can actually date them and identify them geographically, as in the First Great Awakening in the American colonies in the 1730s and 1740s or the Welsh Revival from 1904-1905.

I had the distinct honor of serving as a leader in the Brownsville Revival, which lasted from 1995-2000 (I was involved from 1996-2000). Once again, it was that distinct, intense, holy, convicting, transforming presence of God that marked the revival.

To this day, more than 20 years later, I meet people who tell me, “I visited Brownsville [referring to a small neighborhood in Pensacola, Florida, where the revival was based] and my life was transformed.”

I’ve even heard this from people who visited the revival when they were children or teenagers, let alone adults. The transforming presence they encountered stayed with them when they left the meetings, changing them for the rest of their lives.

That’s what distinguishes true revival from emotionalism: the former produces lasting results; the latter produces letdown and disappointment once the emotional high is over.

Descriptions like this about Brownsville were common: “As I walked into the building, even as a hardened sinner, I began to sense a difference in the atmosphere. A strange pull began to affect me. I felt increasingly uncomfortable about my sin, but there was an unspoken yearning for truth, reality, and salvation rising in my soul.”

These were the words of a 17-year-old, drug-abusing atheist, written 15 years later and recounting his dramatic conversion in one service at Brownsville.

And what happened after he returned home following that single, transformative encounter? He wrote, “I was immediately freed from the grip of drugs, alcohol, suicidal tendencies, and rebelliousness toward my teachers and parents.” He also led 27 of his high school friends to Jesus.

I am not exaggerating when I tell you that virtually every week for several years, we heard similar testimonies of dramatic encounter and transformation, some even more dramatic than this, all of them profound. And we heard these testimonies by the thousands.

Now, ask yourself what would happen if that same holy presence fell in hundreds of locations in America, all at the same time, joined together with powerful, uncompromised preaching of the Word? What would happen if revival fires broke out in city after city, in street meetings and in homes and in church services?

It would be another great awakening, another season of unusual divine visitation, a national revival.

That remains the only hope of America. As I have written previously (and, as titled in a new book scheduled for release in October), it is literally revival or we die.

Oh, that God would “step down from heaven” once again and shake our nation, beginning with the people of the Lord. May the fire of revival fall, starting with you and me, and from there, may it spread from coast to coast until tens of millions have been transformed. It is time!