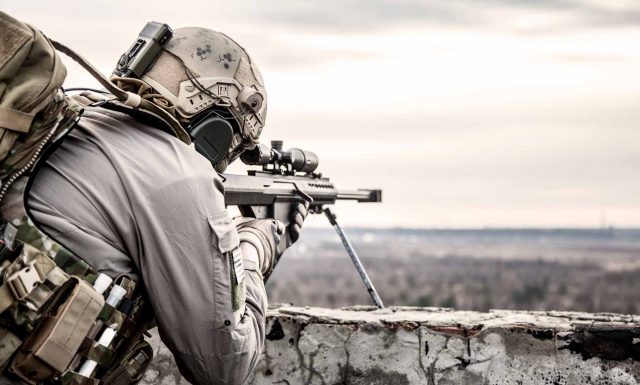 If you are a fan of cop shows or old westerns you heard these words at least a hundred times. The speaker of these words is usually about to put themselves in harms way or is in harm’s way already. He/she is asking that a colleague keep the enemy busy by firing rounds of ammunition at them so that he/she can make their next strategic move.

Recently I heard “cover me” in a slightly different context. I was meeting with an educator who is a Christian in the public school system. We were discussing how difficult things had been and were still continuing to be during the Covid-19 pandemic. This educator said, “I am willing to do all of this and deal with all the changes and craziness but I need you to cover me.” I immediately knew exactly what they meant.  This educator was asking for prayer. They knew that the battle they were in was real and of a spiritual nature so they were asking me to cover them with prayer.

The smart saints among us know the importance of prayer when it comes to giving spiritual protection and making any real progress. The Apostle Paul knew well the difficulties he faced. He speaks to this in 1 Corinthians 16:8-9 saying “I will stay in Ephesus until Pentecost, for a wide door for effective work has opened to me, and there are many adversaries.”

This concept is not new. We find it often in the Old Testament. When Daniel and his companions were threatened with death if they did not both reveal the dream of Nebuchadnezzar and it’s interpretation Daniel knew exactly what to do. Daniel 2 17-18 reads: “Then Daniel went to his house and made the matter known to Hananiah, Mishael, and Azariah, his companions, and told them to seek mercy from the God of heaven concerning this mystery, so that Daniel and his companions might not be destroyed with the rest of the wise men of Babylon.” Daniel called his fellow exiles together and told them “Cover me”.

When Queen Esther had to try and save her people because she was brought to the throne “for such a times as this” she knew exactly what to do. Before risking death or banishment for approaching the fickle king Ahasuerus she had a simple request. She sent word saying “Go, gather all the Jews to be found in Susa, and hold a fast on my behalf, and do not eat or drink for three days, night or day. I and my young women will also fast as you do. Then I will go to the king, though it is against the law, and if I perish, I perish.” (Esther 4:16). In other words, “Cover me”.

In the New Testament the church was taking incredible heat in the form of persecution from Herod. Herod had killed the apostle James the brother of the apostle John. He then has Peter arrested presumably to do the same to him. There is an interesting foot note to this. Acts 12:5 records “So Peter was kept in prison, but earnest prayer for him was made to God by the church.”  Peter was miraculously released a short time later because the church was “Covering him”.

We would be wise like the believers before us constantly and unashamedly to ask others to pray for us. Are you feeling alone, fearful, or frustrated. Reach out to another Christian and say “Cover me.” Are you facing some difficult opportunities in life. Opportunities like sharing my faith with someone else. Please say to another brother or sister “Cover me” Are you reaching the end of your patience and strength. It may very well be time to ask other followers of Jesus Christ to help. Simply say to them “Cover me!”

In the book of Ephesus Paul lays out for us the realities of the spiritual battle we are in and strongly encourages us to put on the whole armor of God (Ephesians 6:10-17). He concludes this section about Spiritual Warfare by saying that we should be “Praying at all times in the Spirit, with all prayer and supplication. To that end, keep alert with all perseverance, making supplication for all the saints, and also for me…(Ephesians 6:18-19a). Paul is telling us we need to be sure to cover each other in prayer. He includes himself in this group that needs prayer in this fierce battle we are in. As we and Paul go out to do battle every day, having put on the whole armor of God, we should be saying to our brothers and sisters in Christ Please, “Cover me!”

Dr. David Watson is the senior pastor at Calvary Chapel Staten Island. This article was reprinted from his blog,  https://nycshepherd.com/.