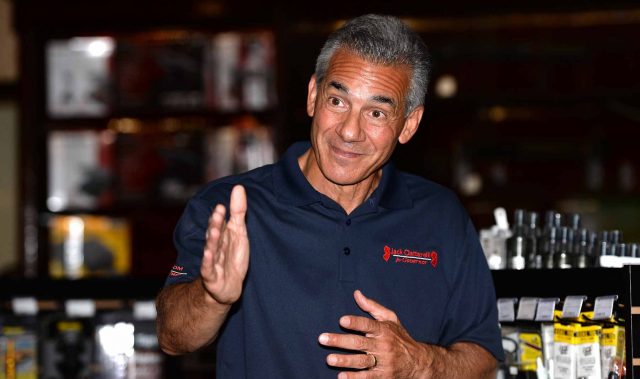 Ciattarelli’s recent remarks were filmed at a campaign stop and published by WNYC. He also said he is against having kindergartners learn about “gender ID and sexual orientation” and sixth-graders about “sodomy.”

“You won’t have to deal with it when I’m governor because we’re not teaching gender ID and sexual orientation to kindergartners,” Ciattarelli said. “We’re not teaching sodomy in sixth grade. And we’re going to roll back the LGBTQ curriculum. It goes too far.”

Ciattarelli made the remarks during an appearance at a gun range in Flemington June 26, NJ.com reported.

“All schools should be promoting diversity, inclusivity, tolerance, and respect for others, but that doesn’t mean pushing explicit subjects in elementary school classrooms,” said Ciattarelli, a former state Assemblyman. He also noted that officials should not “encourage the abdication of parenting or expect teachers to replace parents. Let me be clear, as Governor, nothing we do or teach in our public schools will ever supplant the role and responsibility of parents.”

Regarding the part of the comment about sodomy, Ciattarelli said it “has to do with mature content being taught to young children. That is a parent’s job, not the school district’s.”

Murphy, a staunch Democrat running against Ciattarelli for a second term, has the support and endorsement of New Jersey LGBTQ leaders.

Kathryn Dixon, Northern New Jersey policy coordinator for GLSEN, said that by teaching about lesbian, gay, transgender, and bisexual communities at school, students will feel more connected, which will help their mental health and ability to learn, NorthJersey.com reported.

Ciattarelli made the statement after Murphy signed into law a bill requiring all New Jersey schools to include instruction from kindergarten through eighth grade to on “diversity and inclusion,” including gender and sexual orientation.

The curriculum has drawn criticism from Christians and Republican lawmakers on the basis that it conflicts with the Biblical concept of marriage: That it is between one man and one woman. They’ve also said that it is wrong for schools to teach sexual content to young children, that it should be left up to parents to do that.

The law came after another law Murphy signed in 2019 went into effect this school year requiring school districts to include instruction that portrays the “political, economic, and social contributions of persons with disabilities and lesbian, gay, bisexual, and transgender people.” It does not apply to private schools.

Parents cannot opt their children out of the curriculum. Thousands of people signed an opt-out petition the New Jersey Family Policy Alliance created, hoping to urge state legislators to enact such a change. They did not.

Len Deo, director of alliances for the New Jersey Family Policy Alliance, previously said the law restricts the rights of parents and takes the country further away from the Judeo-Christian principles and precepts upon which it was founded.

“We have to hold onto and embrace those Christian beliefs above everything else. We have to take a more proactive role in standing up for what we believe in,” Deo said. “We are the primary educators of our children. We can’t just leave it up to the public schools to educate our children. It is very hard to undo something once it has been put into law.”

In another change, the state also updated educational standards for physical education and health curricula requiring students to be able to define various types of sex by eighth grade. Parents and critics have also decried that change.

“If you do not believe in the ‘Woke’ ideology into which your kids are being indoctrinated, I urge you in the strongest possible terms to get your children out of these schools,” George posted. “The indoctrination literally begins in Kindergarten and First Grade.”

George, the former chairman of the United States Commission on International Religious Freedom, said, New Jersey, with its LGBTQ curriculum laws, was adopting “an established religion.”

“It is not a traditional religion, and it is not theistic, but it is a religion nonetheless–a system of ideas embodying a particular view of human nature, the human good, human dignity, and what is most important (‘sacred’),” George previously wrote. “The public schools are as ‘religious’ today as they were at the beginning when they reflected the Protestant Christianity that was dominant when public education began in the U.S. in the 1830s. The difference is that Protestant Christianity has been replaced by secular progressive ideology.”