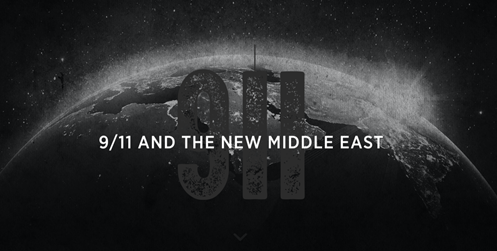 We will never forget the tragic events of 9/11/2001. September 11th gripped the heart and soul of our nation. We could never erase the images of two planes striking the Twin Towers, their horrifying collapse, and the pain and loss of life that day.

Our personal memories, good and bad, are indelibly attached to where we were at these significant moments in our lives and national history. For example, do you remember where were you when Israel declared its national independence on May 14, 1948, or, if you are old enough, when John F. Kennedy was shot?

We usually remember the good times, but always recall the tragic moments that transform our lives. Just think of the details in the book of Job. He chronicled his sufferings for time immemorial

I will never forget September 11, 2001. Allow me for a moment to try to describe what I experienced on that fateful day.

Our Chosen People Ministries headquarters building is on East 51st Street between Second and Third Avenue in Manhattan, a little more than five miles from Ground Zero. I was sitting in my office when I heard our receptionist shout, “Oh, my God, a plane flew into the World Trade Center!” I ran down the stairs to see smoke, fire, and an extraordinary amount of dust darkening the autumn sky. It was the terrible result of American Airlines flight eleven, a Boeing 767 carrying eighty-one passengers and eleven crew members crashing into the North Tower of the World Trade Center between the ninety-third and ninety-ninth floors.

It happened exactly at 8:46 am

At first, I thought it was an accident. We quickly suspected that the worst was most likely true—that the plane crashing into the tower was not simply “off course” and that our city and country were under attack. Some of our other staff heard the commotion and ran downstairs to watch the television in our reception room.

Our staff watched together, stunned, some weeping, holding hands, and comforting one another as the second plane, United Airlines flight 175, crashed into the South Tower, also known as Tower #2, between floors seventy-seven and eighty-five.

Our eyes were glued to the television screen as we watched in horror as the South Tower crumbled to the ground at 9:59 am, less than one hour after being hit.

Almost a half-hour later, at 10:28 am, the North Tower followed. In total, 2,595 people inside and near the towers were killed, along with the 157 people aboard the flights.

After the second tower fell, we were certain that New York City was the target of a terrible attack by an unknown and unseen enemy.

We began to fear for our safety, even though we were more than fifty blocks away from the destruction taking place before our very eyes on the television screen. We had no idea what the next target would be, and our facility is only a half dozen blocks from the United Nations, which seemed like a likely target!

We prayed for those who had no obvious way to escape the fiery cascade of cement and steel falling to the ground of the New York Financial District. To the terrorists, the destruction of the Twin Towers was symbolic of the collapse of American wealth, power, and urban architectural achievement. Of course— they were wrong as they underestimated American resilience.

The World Trade Center, which included the Twin Towers, was completed in 1973. The towers stood 110 stories, 1,360 feet tall with ten million square feet of space, hosting 50,000 workers a day. At the time of the towers’ completion, the twin structures were the tallest buildings in the world until surpassed by Chicago’s Sears Tower later that year.

That day, we saw dazed survivors covered in dust running from the site and police streaming into the area. We sent two of our staff members, one a doctor and the other a nurse, to help at New York University Hospital, but there was hardly anyone to aid because there were very few survivors.

We spent the next few days serving the first responders by bringing them food and clothing. When we asked what they wanted most, it turned out to be socks, sweats, and other essentials as they diligently and sacrificially worked to find survivors amidst the massive damage and death of innocent Americans. We are so grateful for the efforts of our First Responders.

We also ceased all regular ministries and spent our time praying for those waiting to hear news about their loved ones as they gathered in Union Square—between Broadway and 4th Avenue, from East 14th Street to East 17th Street—and various other parts of the city.

We observed the Jewish holidays a few days after the event in a rented hall adjacent to the Empire State Building, not knowing if terrorists would also target another great symbol of America’s vitality and place in the world. Nevertheless, we decided to go forward with the holiday observance, and God blessed that event in many ways.

I personally experienced the terror and mercy of God through the tragedy. My children were traveling by subway from Brooklyn to the Upper East Side to go to school. I was at our 51st Street office, and did not know if one of my daughters was alive as she was traveling by subway at that time. It so happens that the fall of the towers demolished one of the subway stops along her path to school.

We did not have any phone service, and I had to wait until late in the afternoon to find out if my kids were alive. Some of my children’s classmates lost their mothers and fathers. I will never forget the joy of knowing my kids were safe, a sign of God’s mercy and faithfulness.

A New View of the Middle East

The threat of terrorism became real to Americans on 9/11. We realized that even our sacred shores were unsafe! This catastrophe changed the way we viewed the Middle East and created a profound and personal understanding of the terrorism that has plagued Israel for decades. Recently, the Abraham Accords, the war between Israel and Gaza, and the ongoing tensions of the region have again drawn the world’s attention. As a result, it is more important than ever for those of us who love the Jewish Messiah, the Jewish people, and the land of Israel to try to grasp the nuances and complexities of the New Middle East and to fervently pray for the peace of Jerusalem (Psalm 122:6).

This conference, sponsored by Chosen People Ministries and the Alliance for the Peace of Jerusalem, is designed to help our faith family in New York City and around the globe honor the fallen and survivors on the twentieth anniversary of 9/11 and to see the New Middle East through the lens of Scripture.

To help us to that end, we will be hearing from experts who will tell us about what is really happening in Israel and the Middle East today. We will also learn more about what the Bible says about the region’s past, present, and future. As believers in Jesus, we must view life through the lens of Scripture, including the NEW Middle East and even the tragedy of 9/11.

We pray to the God of Abraham, Isaac, and Jacob—who loves all people—that He might make peace in Israel and the Middle East, put an end to terrorism, and bring restoration and peace to New York City, Jerusalem, and the world after such a difficult season.

Conference Information: In-Person Cost: $125 for Friday and Saturday. Online: There is no charge but you must register online in advance to receive the link. For more information or to register, go to www.911theconference.com.