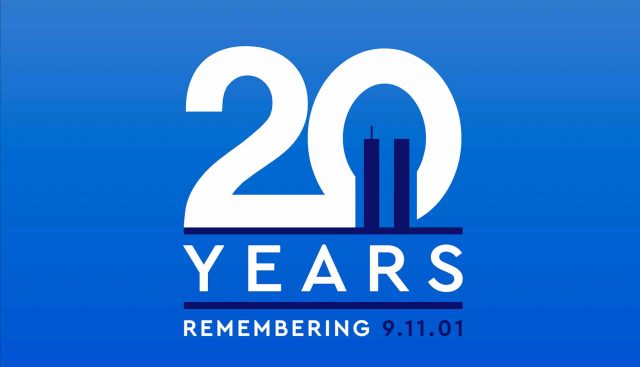 Editor’s note: The following 9/11 Remembrance feature is a compilation of articles that appeared in the October 2001 edition of the Tri-State Voice. Articles were written by Tom Campisi and Debra Kirkwood (Debra Chinnery-Smith). Staff members Drew Crandall and Joe Arena contributed to these reports.

In the twinkling of an eye, New York City’s skyline and psyche were forever altered when two hijacked jets knocked down the World Trade Center on the morning of September 11, 2001. The subsequent plane crashes at the Pentagon and in Pennsylvania further traumatized an already staggering city. With thousands presumed dead and damage in the billions, words like catastrophe, apocalypse, and devastation were heard more often than the taxicab horns that serenade the streets of Manhattan.

But if you listened closely amidst the chaos and confusion, you would have heard saintly men and women speaking life and hope into the situation. Before the last piece of ash fell to the ground, words like comfort, awakening, and restoration had also made their way to the forefront.

That day and especially that night, many churches in New York City, New Jersey, and Connecticut and across the United States were filled to capacity as a shaken nation turned to God for answers. That evening, President George W. Bush reminded us of Psalm 23. He also declared September 14 as a National Day of Prayer.

RELATED: A Light in the Darkness: Bond Broker Led Colleagues in Prayer as Towers Burned

In Manhattan, Rev. Mac Pier (then the president of Concerts of Prayer Greater New York),  reminded us how God was summoned during a crisis in New York City in the nineteenth century.

“During the 1857 economic crash, thousands of businesspeople met every day during the noon hour,” said Pier, founder of Movement.org. “That led to the Third Great Awakening, which resulted in two million conversions in a national population of thirty-five million.”

The late Pastor David Wilkerson, of Times Square Church, said that our city and our nation needed to get right with God in a hurry. Wilkerson noted that Times Square Church sensed an impending calamity many weeks before September 11 and cancelled youth rallies, conventions, and special speakers and went into a season of prayer.

On September 16, 2001, he preached a message entitled “The Towers Have Fallen and We Missed the Message.”

“If you are a praying, Bible believe, you know instinctively in your heart that God is trying to speak to this nation and the world through this. God is trying to send us a message. Theologians and pastors all over the country, even around the world, are saying to their congregations, ‘God had nothing to do with these calamities. God would not allow such a thing to happen.’ Because of that thinking and that preaching, we are quickly losing the message and missing what God is trying to say. We are missing it…”

“If we turn a deaf ear to what God is loudly proclaiming, much worse is in store for us.”

Wilkerson said the attack on the United States should serve as a wake-up call. He compared our country to unrepentant Israel in the times of Isaiah the prophet.

“During Isaiah’s time, God used the enemies of Israel to chasten and warn them to repent. God had to use it as a last resort to bring them back to his heart—to bring back the blessing and to destroy their enemies and put up a wall of protection…because of their sin, God let the walls down.”

As he toured Ground Zero with other pastors, Tom Mahairas (then the pastor of Manhattan Bible Church) said, although the physical needs were many, the greatest needs were spiritual.

“What people need is a pastor to help them pray through their overwhelming feelings and emotions,” he said. “When they see my collar, they are crying out, ‘Father, please pray for us.” People want to feel the tangible presence of God reaching them, touching them in the midst of this tragedy. That is what the church needs to be for them.”

“As pastors from the communities surrounding the World Financial Center met and prayed, there was an overwhelming sense that God is up to something and trying to tell us something…God has allowed us to experience the greatest pain through this event in order for us to hear Him. We need to communicate what He is saying to our world.”

Rev. David Ireland, of Christ Church in Northern New Jersey, said people from the Montclair community were walking into his church off the street, weeping and praying.

“Many of them are not believers in Jesus Christ, but they are looking for answers. In times like these, the Christian community should rally,” he said. “We have to provide answers. One way to provide answers is through prayer—we can pray that people’s hearts may be comforted and strengthened by the presence of God.”

“We should communicate God’s heart. In 2nd Corinthians 1:3, Paul says: ‘Praise be to the God and Father of our Lord Jesus Christ, the Father of compassion and the God of all comfort, who comforts us in all our trouble with the comfort we ourselves have received from God.’ ”

“The Christian community must begin to pour out at this time and comfort all those who are in need. You’d be surprised how we can rise to the occasion. In a crisis, we see how much we really know God. Our pain can turn us toward God.”

Bishop Donald Hillard, of Cathedral International, bold stated, “Let the record be clear that terrorism does not change the fact that God is still our refuge. The candle on the altar is symbolic of those whose lives have been lost. It is also symbolic of the fact that light shines in darkness and the darkness overcomes it not…You may overcome it for a season, but, ultimately, light always wins over darkness. God has the last word. This is the faith we preach. This is what we believe…that God is in control. Some trust in horses and some trust in chariots, but our help is in the name of the Lord. God is our refuge and strength, a very present help in times of trouble.”

“I remember how the church went to its knees. People left what they had planned to do and got a hold of God. It was the prayers of the church that won the war.”

“The American Church has been very self-sufficient. We feel like we don’t need God, but we need Him now more than ever. God wants to get our attention. We have to again get on our face and cry out to Him and know we can’t live without Him. And we have to cry out on behalf of the people who are hurting.”

In Lower Manhattan, local pastors Rick Del Rio and Marc Rivera formed the Ground Zero Task Force, a coalition of clergy and lay ministers that addressed the long-term economic and social impacts of 9/11 in their neighborhoods.

“I’ve been at Ground Zero almost from the moment in happened. It is total devastation,” said Del Rio, of Abounding Grace Church. “The pictures being conveyed in the media do not tell the whole story…The devastation is such that you cannot imagine it, even in a movie.”

“We still have church family members who are missing,” said Rev. Rivera of Primitive Christian Church in the days following the attack. “There is a tremendous sense of loss. In the streets directly in front of our building, the blinding glare of the sun is a constant reminder of what has been taken away. The Twin Towers were the mountain backdrops of the Lower East Side community and now they are gone. People are numb…”

“I believe this is a time when the Glory of God can come down,” said Del Rio. “The Body of Christ can come together and be of service and support and show the world that we [the Church] are relevant people with a relevant message for this hour. We are to bring that message of hope, love, and support to those who continue to grieve.”