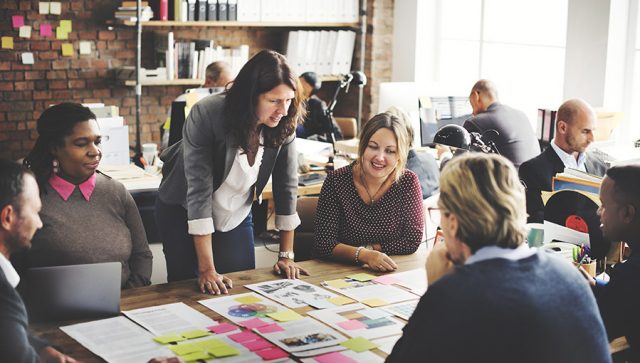 “May the Lord make your love increase and overflow for each other and for everyone else, just as ours does for you.” – 1Thessalonians 3:12

One of my favorite life-time memories is leading a group of 150 people and 25 supervisors for many years at Picatinny Arsenal in Dover, NJ. Everyone worked as a team in each of six major areas of responsibility. I believe that the key to our success in winning many customer service awards was using a people management style the Lord gave me based upon Christ’s values [His priorities and character qualities] and the principles of God’s Word.

It was so effective that the whole Center [about 4000 people] adopted this leadership philosophy and began winning awards from POTUS (President of the United States), the New Jersey Governor, the Secretary of Defense, and many others.

I called one of Christ’s values, “Pull-Don’t Push.” An important principle that flows from embracing this value is contained in Hebrews 3: 13, “…encourage one another daily, as long as it is called Today…” It’s all about building people up rather than dragging them down – about encouraging and empowering them.

You can see how it works by considering 1 Kings 19, the story of Elijah and Jezebel. That evil woman Jezebel wanted to kill Elijah, who, with God’s great power, had just defeated the prophets of Baal. Instead of Elijah maintaining faith that God could defeat her too, he ran from her. What would God do to Elijah for his lack of faith?

God started by sending angels to feed and strengthen His exhausted prophet (1Kings 19: 5-8). When Elijah found himself in a cave, the word of the Lord came to him, “What are you doing here, Elijah?”(verse 9).God patiently listened to his complaints and self-pity and tried to encourage him. Elijah hid his face in his mantle, ashamed of his performance (verse 13).

We can learn from this not to overpower people into admitting mistakes – but rather offer a listening and learning opportunity to them so they can get their confidence back.

The key message we need to send to our people [brethren, employees, students, team members, spouses, followers, etc.] is this:  “I believe in you. I believe you can do the work you are called to do.” We can’t say that, however, unless we’ve “empowered” them to do the job – adequately prepared them. This requires that we stay on the “empowerment track” – GIVE DIRECTIONS, next COACH them, then ENCOURAGE them, and finally EMPOWER them.

Jesus did this in Luke 10 when He sent His disciples two-by-two into many cities. Jesus gave them directions. He coached them on how to do what He required – He was their example. He had allowed the disciples to speak for Him and cast out evil spirits. He had corrected their behavior and encouraged them until they themselves were confident. Then He trusted [empowered] them to go out without Him.

When they make mistakes, most people already know it. They don’t need to be reminded of that. Mainly they need a listening ear and a gentle but firm arm to lean on to help them learn from the experience and get them back on track. The secret is to cast out fear: “There is no fear in love; but perfect love casteth out fear: because fear hath torment. He that feareth is not made perfect in love.” (1John 4:18)

This is what happened with Peter in John 21:3-17. After he denied the Lord three times, when Jesus met him at the Sea of Galilee, He knew that Peter was sorry for what he had done. Instead of rebuking him and reminding him of his “shortcoming,” Jesus encouraged him to be productive in the kingdom.

Remember the “bruised reed” of Isaiah’s prophecy about Christ, “A bruised reed shall He [Christ] not break, and the smoking flax shall He not quench…”(Isaiah 42:3). Shepherds used reeds to play music as they tended their sheep. But after a while the mouthpiece would get wet and soft and be of no use. So the shepherd would throw this “bruised reed” away. When finding it, Jesus wouldn’t break it like other shepherds. He would restore it and play beautiful music through it again.

Many of us have been bruised reeds that Christ has transformed.  And many people we meet and shepherd will feel like bruised reeds. Jesus doesn’t break bruised reeds – neither should we!

Love, encourage and empower them!

RELATED: Are You Running Toward the Finish Line… In a Way to Receive a Prize?

As a teacher, author, columnist, and president emeritus of New Jersey Christian Ministries, Jim Biscardi has been “privileged for many years to help Christians grow in their knowledge of Christ.” You can find his books at barnesandnoble.com or amazon.