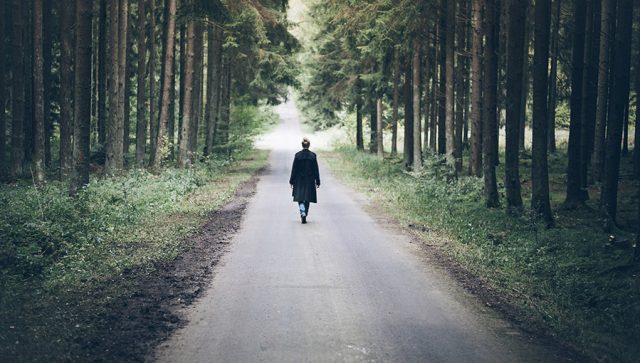 Just as the Lord has forgiven you, so you are also to forgive. – Colossians 3:13c CSB

…forgiving one another, just as God also forgave you in Christ. – Ephesians 4:32b CSB

There are times when unilateral forgiveness is one’s only choice. Reconciliation cannot be reasonably expected if someone who has committed an offense—especially a deeply abusive offense, whether physical, emotional and/or spiritual—is not willing to take responsibility for their hurtful actions and/or words. (“Gaslighting” is becoming more the norm in conflict resolution these days. If you don’t know the term, look it up or see the writings of Dr. Henry Cloud.)

When one experiences such, healing and peace ONLY comes through a decision to forgive and wait for the offender – whatever their relational position is in your life – to take ownership for their offensive actions and/or words. Beware of the “light cure” in your life and in the context of broken relationships!

It takes courage, resilience and, mostly, authentic love to forgive and not suppose that such forgiveness requires restored relationship…it may…but only IF the offender takes responsibility for their offense and demonstrates genuine repentance…even then, a healthily restored relationship will most certainly take time…much time…and this depends on the nature of the offense as well as the emotional maturity of the offended person.

As the saying goes – “Forgiveness is a gift…trust is earned.”

In the context of the human and Divine relationship, humility and repentance are the conditions for receiving the merciful and gracious forgiveness of God. In the context of human to human relationships (whether familial or not), humility and repentance, as well as its demonstrated fruits, are the conditions for restored relationships, and only IF the offended person decides to permit access into his/her life by the offender.

God does not unilaterally forgive when His created humans sin against Him. He requires humble contrition – for “without repentance there is no forgiveness of sins” (Jesus said that, by the way!).

On the other hand, when we are offended (sinned against) we are called to forgive whether the offender ever asks for forgiveness or not. We are called to be “at peace as far as we are able” (Rom 12:18). However, we are not called nor required to immediately or even eventually enter back into relationship with the offender who apologizes. That is contingent on the circumstances innate to the offense and the desire, ultimately, of the offended person. After all, we choose our friends and acquaintances. We are commanded to love as Christ loved. We are not commanded to be friends with everyone…just “love” them—even enemies—with kindness. And that, at times, from a safe distance.

Recently I heard a public speaker who suggested that he was restored in a seriously broken relationship with another friend after many years, although the original offense was not addressed. But such an approach to restoring a severed relationship, which doesn’t honestly work through the original offense, is not authentic reconciliation and does not ultimately help the offender to cease their likelihood to commit such an offense again and again.

Human relationships are complex and sinful pride unchecked destroys such relationships, even within families of origin. Love can heal and even restore a broken and severed relationship…but only an honest love that is willing to transparently address the offense and give time to the offender to respond brings hope for true reconciliation.

Bonhoeffer wrote eloquently and powerfully of “cheap grace.” Perhaps we need to consider the common expectation in our culture (especially the American Evangelical culture) of “cheap forgiveness” and “cheap reconciliation.”

It is my hope that this humble attempt to assess this issue will help those who are struggling with being the recipients of deep hurts and abusive offenses—and dealing with the inevitable decision to allow the abyss of bitterness to overtake one’s soul OR to live in the freedom of forgiveness, which may or may not lead to restored relationship this side of eternity.

While there is much more that could be written, I’m sure if you have taken the time to read this, you are already thinking of many nuances of this subject needing to be addressed. For now, this is my offering in the context of a subject which has not been spoken nor written about nearly enough.

Rev. Timothy J. Mercaldo has been an ordained Christian/Evangelical minister for over 30 years in New York City and Florida, serving primarily in the local church context. His passion is to equip churches of all biblically-centered denominations in fulfilling the Two Great Commandments and the Great Commission at home, in the community, and  through strategic partnerships overseas.

Currently, he the Associate Pastor of THE NAPLES GATHERING church in Naples, FL. He is also the founder and executive director of WORSHIP PLUS, a consulting ministry designed to “equip and assist the local church to ‘worship in Spirit and in Truth.’” (worshipplus.org). In addition he serves as an executive consultant with IMPACT STEWARDSHIP RESOURCES (impactstewardship.com).