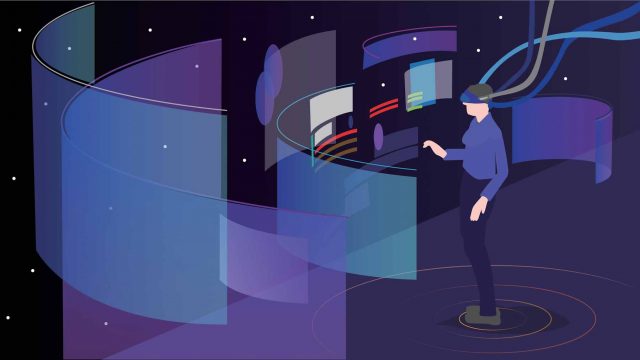 (OPINION) This past summer, Mark Zuckerberg announced Facebook will become a metaverse company. This includes changing the company’s name to Meta.

“I used to love studying classics, and the word ‘meta’ comes from the Greek word meaning ‘beyond,’” Mark Zuckerberg said. “For me, it symbolizes that there is always more to build.”

Uh, not quite. “Meta” does mean “beyond.” But it doesn’t signify there’s always more to build. In fact, it signifies boundaries.

Confused? Not if you’re in a faith tradition built on ancient foundations. They recognize God is Meta, beyond our understanding (Job 36:26). Augustine said, “If you understand it, it’s not God.” Thomas Aquinas said, “God is absolutely beyond human comprehension.”

How, then, do we know God — know anything? By faith, opening our bodies receptively to whatever the infinite God reveals to us. This is why Augustine wrote, “credo ut intelligam,”“I believe in order to know.” Faith precedes knowing what we ought to build — and not build.

We see this in the Garden of Eden. The first couple is called to cultivate it, build it. But there are boundaries, forbidden knowledge — not eating from the tree of the knowledge of good and evil (Gen. 2:16-17). Adam and Eve had to trust it was a good boundary.

But somewhere along the way, they didn’t. C.S. Lewis’ “Perelandra” widens how we imagine this might have happened. Weston tempts the Green Lady with the relentless drip-drip-drip of questioning God, eroding the Green Lady’s confidence in God’s good boundary, the Fixed Lands. No boundaries. There’s always more to know, to build. You won’t die.

Now, please don’t think I’m saying Mark Zuckerberg is Lucifer. I’m saying it’s easy for anyone to be duped. This includes Aquinas. On Dec. 6, 1273, after having reached question 99 of the third part of his “Summa Theologica,” he put down his pen, never to pick it up again. He felt God impress upon him a boundary: Enough. Write no more.

“All that I have written seems to me like so much straw compared to what I have seen and what has been revealed to me,” Aquinas wrote. He was right. He had tried mightily to “Christianize” Greek philosophy. But in so doing, he had inadvertently separated faith from knowledge — what Augustine saw as seamless. The third part went unfinished.

This is what “meta” signifies. There are times when projects go unfinished, when there’s nothing more to build. Or when they’re dismantled and must be started over. Or when less is more — what research reveals often yields superior results. The opposite is additive thinking — what most people prefer — always more to build. So companies like Facebook add to the inhuman scale of the internet, assuming the rising speed and ever-widening breadth of viral content is an unalloyed good.

It isn’t. Even Zuckerberg recently admitted as much. In a telling remark, he said the company has done “reasonably well with the trade-offs” between its platforms’ benefits and the harmful and addictive behaviors that they cause. Trade-offs? The trade-off seems to be declining social well-being for the sake of increasing economic prosperity for advertisers and investors.

So what can be done? I have four suggestions.

First, every year I open my body to the Lord, asking him if he wants me to put down the pen and close up my ministry. God doesn’t need Clapham Institute. If I hear nothing, I continue.

I did this a bit as a pastor. Our church grew rapidly, but Gerald Nachman’s wry warning haunted me: Nothing fails like success. So on occasion, I’d tell the church, “If we’re not impacting our city, we’ll close shop.” God doesn’t need one more church in Annapolis. I’d find work elsewhere. I meant it.

Second, I urge Christians to begin practicing the spiritual bodily disciplines. The internet creates bodily habits, which is why scholars like Clay Shirky say self-regulation is ineffective at this time. Most folks, including Christians, are bodily hooked on social media, the internet, you name it. And they’re blithely unaware of how they’re bodily hooked. Get unhooked.

Third, I urge Christians to recognize what “meta” means as well as what it signifies. It means the divine mystery is invisible, intangible, incommunicable, ineffable. It is so vast, so far beyond humankind that the only way one can possibly encounter it is if the mystery chooses to come down to our level and reveal itself. The mystery has. The God who is Meta has. The Word became flesh. Sacramental churches embody this in their “thick” liturgies.

Fourth, I urge Christians to aim for a judicious use of the internet. Judicious means wise, prudent. A judicious use requires self-regulation, self-control, a fruit of the Spirit.

I’m not on Facebook, but I recognize it has redemptive aspects, such as helping connect Hispanic families to our local pop-up pantry. Shirky hopes to see more of this in the future: smaller internet groups with local boundaries and slower speeds at which content moves through these groups. That sounds healthier than what Mark Zuckerberg aims to do.

Michael Metzger is the president and founder of the The Clapham Institute. This piece was republished with permission from the institute’s blog.