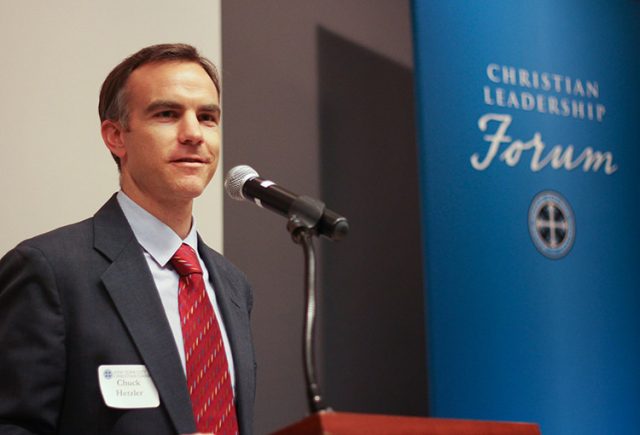 Photo: Dr. Chuck Hetzler is the director of Christian Union Day and Night, based in NYC

CU Fire is a one-and-a-half-day or two-and-a-half-day small-group retreat for the rejuvenation and inspiration of Christians. Many believers wish that they were stronger in their walks with God so that they would have the vision and ability to step out in faith and make a difference in their world; Christian Union has found that short, focused times of drawing near to God have an incredibly positive impact providing strengthening and renewed vision. And that certainly happened with our recent CU Fire retreats. Here is a sampling of what some participants are saying:

The first multi-site CU Fire event was a beta test with the number of sites limited to eight, including groups in Orlando, Florida; Columbus, George; Atlanta, Georgia; Huntsville, Alabama; Pratt, Kansas; Manhattan, New York City (two sites); and one virtual group made up of people from New Jersey, New York, Florida, and Ohio.

This CU Fire focused on repentance, prayer, and revival. Two of the speakers are part of CU Day and Night’s pastors network – Fernando Cabrera, pastor of New Life Bronx and a NYC Councilman; and Mullery Jean-Pierre, pastor of Beraca Baptist Church in Brooklyn, New York. Both spoke on the topic of repentance. Lisa (Pratt, Kansas) said, “It was wonderful!! I thank you for letting us be a part. I took in and wrote down so much about repentance! I learned so much more about what I NEED to do in order to have true, genuine repentance!!”

Matt Bennett, Christian Union’s Founder and CEO, spoke on the pattern of morning and evening prayer for spiritual strengthening. Kimberly from the virtual group was blown away: “Matt’s teaching on prayer was transformative. I’m glad we have eternity because it will never be enough time to thank him for that teaching.”

I (Chuck Hetzler) concluded CU Fire with a message tied to the ultimate aim of CU entitled, “Aspiring for Revival.” Jade (Manhattan) gained fresh inspiration: “Looking at the history of revival and traditions have really helped me to see God’s power and what He can do in my life today if I am faithful to seek Him.”

Thanks to God, the first multi-site CU Fire left participants wanting more. One Columbus, Georgia participant shared, “I came expecting something…feeling disconnected and confused about a lot…I feel more centered and I see where my priorities MUST change.” And Chris from Orlando capped his comments off by saying, “It was such a privilege to be part of this weekend’s Fire!  *And count me IN for the next one!”

CU Day and Night received every encouragement from the Lord and participants to spread more CU Fires in the future. The next two-and-a-half-day CU Fire is planned for January 27-29, 2022, and another one-and-a-half-day CU Fire is scheduled for April 1-2, 2022. We are praying and planning to scale up CU Fires so that hundreds and thousands of homes will be ignited to seek God for national revival through hosting a CU Fire.

Dr. Chuck Hetzler is the executive director of Christian Union Day and Night, a ministry that promotes spiritual strengthening in Christians across America, helping them thrive in order to make an impact in an increasingly secular culture by covenanting together for successive spiritual initiatives.