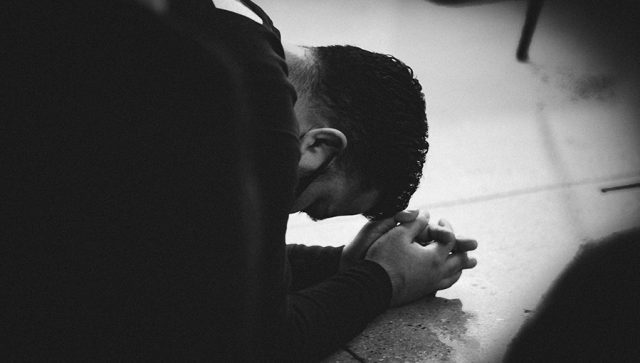 In Acts 8, Luke tells us of a man named Simon who had “amazed the people of Samaria” (v. 9) with his prowess as a magician. So impressive was Simon that the people said of him, “This man is the power of God” (v. 10). That is, until the real power of God showed up in Samaria.

When Philip the deacon came preaching the gospel, Simon himself believed and was baptized, and it was his turn to be “amazed” by the signs and wonders that accompanied Philip’s testimony about Jesus (v. 13). Luke records for us that Simon continued to stick close to Philip, no doubt seeking to learn more about the ways of this Jesus in whose name Philip brought such demonstrations of God’s power. So far, so good. Acknowledging the power and authority of Jesus, and submitting to baptism in His name, are appropriate responses to hearing the gospel. But Simon’s heart remained unconverted.

While he was shadowing Philip, the apostles Peter and John arrived in Samaria to bless the new converts and pray that they would receive the Holy Spirit. And when Simon saw the Spirit move through the apostles as they laid hands on people, his response was to try to pay them for a share of the anointing they carried. Simon wanted the power of God to work wonders, but he failed to understand the purpose of wonders as signs, drawing attention to God’s goodness. Rather than seeking to know and glorify God, Simon wanted to be the man whom others looked to as the wonder-worker.

RELATED: What Does it Mean to Earnestly Seek the Lord?

But Peter said to him, “May your silver perish with you, because you thought you could obtain the gift of God with money! You have neither part nor lot in this matter, for your heart is not right before God. Repent, therefore, of this wickedness of yours, and pray to the Lord that, if possible, the intent of your heart may be forgiven you. For I see that you are in the gall of bitterness and in the bond of iniquity.” (Acts 8:20–23, ESV)

“Repent” translates the Greek metanoeō, a compound of the verb noeō, which refers to the actions of mind—to perceive, to think, to intend—plus the prefix meta (“after”). Its basic meaning, then, denotes a change of mind after taking into account some new piece of information. When Jesus went around preaching, he presented a new reality—“the kingdom of God is at hand”—and called for a response to that new information: “Repent and believe” (Mark 1:15), which is shorthand for: “Change your plans, priorities, and ways of thinking so as to align with the truth of what I’ve just told you.”

When Peter admonishes Simon to repent, he specifically calls out the epi-noia—thought, purpose, intent (from the same root as the verb noeō)—of his heart (v. 22). Simon’s way of thinking, his plans and purposes, are still wicked. Having seen God’s power, he needs to learn of God’s character. God is love; and love does not seek its own, but gives. God is holy; and He cannot be bought. He bought you, at the price of His own life, paid in blood.

To be holy is to be distinct, set apart from the ordinary things of the world to stand in the presence of God. You cannot simultaneously be filled with the Holy Spirit and covet a reputation of greatness in the world. If you belong to Jesus, your life is not your own, and as the world has hated and murdered your Master, so it will unjustly hate you. But as you stop thinking as the world thinks—as you repent and start operating under the truth that Jesus is King, from whom and for whom all things exist—then He will pour His world-transforming love and power into you, trusting you to give freely and abundantly, just as you have received.

Devotional Prayer: Lord, forgive us for thinking as the world thinks. Forgive us for conforming to the ways of the world You’ve commissioned us to transform. Capture our attention and our affections. Holy Spirit, open our eyes to see Jesus, and let His surpassing worth reveal the utter emptiness of every selfish, worldly pursuit. Spirit of Truth, fill our thoughts with the knowledge of Him who called us to His own glory and excellence, and let us run faithfully to Him, humbly giving thanks and praise to the One to whom we owe everything. Jesus is King. Amen, and amen.