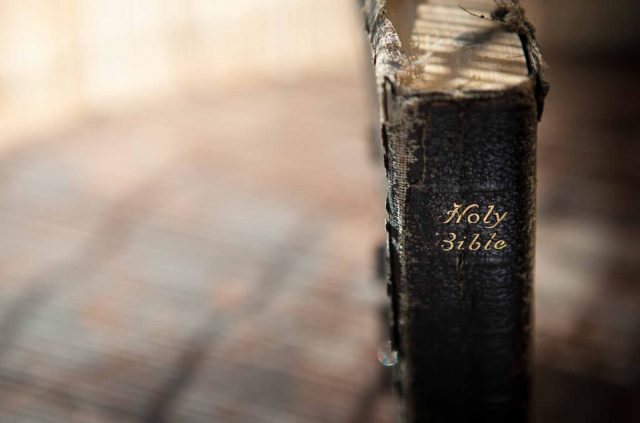 The Daily Wire recently ran an article by Tim Meads titled “Perverts, Predators And Adulterers: 7 CNN Employees Forced Out In Disgrace.” Not included in the article was CNN anchor Don Lemon, who has been accused of sexual assault by a stranger, with the case now headed to a jury trial. This is certainly news, although Lemon is innocent until proven guilty and is still front and center on the network. The question is, how should we react to this news?

Many on the right are laughing out loud, as CNN implodes before their eyes and the hated Don Lemon could be taking a fall. “That’s what you get when you don’t have any morals,” they cackle with glee.

Those on the right could also say, “I told you so!” with news of two university professors talking openly and glibly about their support for some aspects of pedophilia. “We knew things were headed this way!”

And the right could also point to the tragic story of the Boy Scouts, having to declare bankruptcy in 2020 after being faced with multiplied thousands of lawsuits from men who claim that they were sexually abused by Scout leaders when they were boys.

As I wrote on February 20, 2020, “Now that the Boy Scouts of America has filed for bankruptcy as a result of a deluge of sexual abuse suits, there is an obvious question that must be asked again. Seeing that the BSA leadership was well aware of the long history of male-on-male sex abuse, why on earth did it cave in to homosexual activism? Why did it open the door for openly gay scouts and then scout leaders?”

It would be easy to sit back in our self-righteous chairs and say, “The left is destroying itself. And these sex scandals are the tragic but expected fruit.”

There’s only one problem with this attitude. We who consider ourselves conservatives, especially Christian conservatives, have nothing to boast about. We have just as many scandals in our midst. And, the truth be told, ours are even worse, since we claim to hold to higher morals based on our biblical convictions.

Even retired Pope Benedict recently issued an apology for his mishandling of four sex abuse cases, reassigning the guilty priests to other parish ministries.

But non-Catholic Christians have nothing to boast about either. Who can even list the names of major leaders who have disgraced themselves through sexual sin? It’s the same whether we identify as Southern Baptist or Pentecostal-Charismatic (or other). The lists go on and on, from decades back and until today.

Of course, I don’t write this to throw stones or to condemn. There is potential mercy and redemption for everyone in Jesus. And certainly, we must continue to focus on the needs of those who have been abused, some of them scarred for life.

But as we watch the news of the latest scandal on the left, let’s not wax self-righteous. We all stand by mercy, and there’s only One who is perfectly holy.

In other words, all of us deserve judgment, and unless we repent for our sins, that judgment will eventually fall on us.

This does not mean that we take the sins of others lightly. Not at all. And it doesn’t mean that we don’t want to see justice. To the contrary, we do. Nor does it mean that we stop exposing unlawful acts and confronting destructive world views. That is absolutely part of our calling if we are to be the salt of the earth and the light of the world.

But we do all this with humility, not arrogance. And we never gloat when others fall. As I just wrote in another context, what goes around comes around, and the way we judge others, we will be judged.