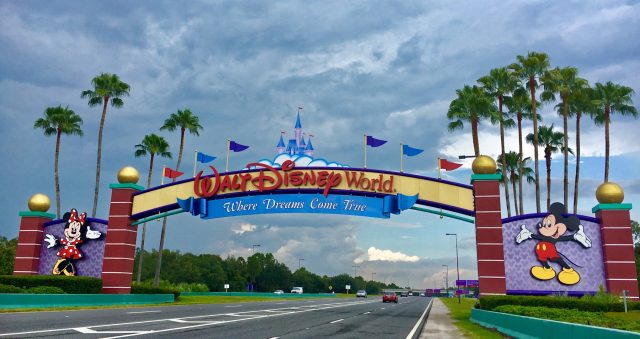 Mickey Mouse finds himself squarely in the crosshairs of the culture wars and the dangerous position may cause more Americans to abandon faith in Disney.

The Florida Senate passed legislation to eliminate the Walt Disney Co.’s ability to govern the 40 square miles of land in Florida where it built its sprawling theme parks, adding back taxes and red tape to the entertainment giant. Why? Because Disney took a side in the sex and gender debates in Florida schools.

Republican Gov. Ron DeSantis and the Republican legislature back legislation to limit what can be taught about sex and gender at various grade levels in Florida public schools. Progressives and LGBTQ activists took umbrage with that legislation, labeling it a “Don’t Say Gay” bill.

Some Disney employees opposed the legislation and urged Disney to throw its corporate weight into fighting the measure. The company pledged to push for a repeal of the bill and to fight similar bills in other states.

“In this hyperpartisan moment, both sides of the political divide have been pounding on Disney, endangering one of the world’s best-known brands — one that, for many, symbolizes America itself — as it tries to navigate a rapidly changing entertainment industry,” reports Brooks Barnes in The New York Times. Barnes reports that Disney, under pressure from progressives and criticism from social conservatives, removed its “ladies and gentlemen, boys and girls” announcements last summer in favor of the more gender neutral “dreamers of all ages.”

In getting sideways with both Florida Republicans and the progressive left, Disney has entered the realm of politics, which it fastidiously avoided in the past. Now, the governor of Colorado is lobbying the company to relocate theme parks to Colorado. That wouldn’t be the end of Disney’s new foray into the culture wars. “In trying to offend no one, Disney had seemingly lost everyone,” writes Barnes.

Yet, some of us may see this as just deserts for a company that has long been an annoying, misappropriating, domineering presence in American life.

Getting into Disney theme parks in Florida, California or anywhere has always been a chore, and a ritual. Is it a spiritual experience? Perhaps for some. For others, it’s a turnoff from the faith. We just “let it go.”

After navigating the myriad entryways to the Disneyland park in the suburb of Los Angeles a couple of years ago, my family and I waited in line for an hour to park in a massive garage. Then we navigated our stroller alongside hundreds of other families for the privilege of waiting in line to ride a motorized tram to the entry of the park. There, we waited in lines to buy a ticket so we could wait in a line to enter the park. In another visit to Disney World in Florida this past December, I learned to navigate speed lanes but still found the obnoxious queues disheartening.

A woman in a Snow White costume approached me after we made it through the ticket line to inquire as to which state I was from. Upon learning I was from New York, she zapped my ticket with a scanner and said, “Thank you.” I thought we were being welcomed by a character with whom we could pose. Instead, she was a market researcher for Disney, perhaps assessing geographic penetration of the brand and lifetime customer value?

Although we got an early start, the time was now nearing noon. We ambled over to the French Quarter of Disneyland and, upon seeing few rides there, decided to get lunch! I wanted to grumble at the quality of the po’boy sandwiches. But, doggone it! Food at Disneyland is pretty good.

Sitting there amid other families at this, “the happiest place on earth,” I couldn’t help but notice the expressions on people’s faces: shared misery, weariness, ennui. One man walked by wearing a T-shirt that said, “I work to support my wife’s Disney addiction.”

Thank God my wife is not addicted to Disney. Neither are my kids. We like some Disney movies. But we don’t have a religious fervor for Mickey and friends. To us, Disney shows are just some of many. And, frankly, they are less educational than “Peg + Cat” and other fine offerings on PBS Kids.

To me, Disney is the epitome of American commercialism and consumerism. Disney shows us the power of storytelling, using a narrative arc, well-worn tropes and well-drawn, rounded characters. That’s power for sure.

At the same time, Disney has mastered the art of appropriation and misappropriation. I’m not just talking about Pocahontas and Aladdin. I’m talking about an American company that made its bones unearthing European stories such as Snow White, an 18th century tale by Brothers Grimm from Germany, and Frozen, based on the 1845 tale “The Snow Queen” by Danish author Hans Christian Andersen. Disney paints glorious Hollywood animated versions of these old Europe stories and sells a bazillion tickets and trinkets to corn-fed Americans yearning for meaning.

For Pete’s Dragon’s sake, look at Disney’s logo. Is it a fanciful rendering by Walt Disney himself? Nope. It’s a rip-off image from a castle in Germany called Neuschwanstein Castle located in Southern Bavaria, Germany. The very logo of Disney is borrowed, co-opted.

Esteemed religion reporter Mark Pinsky wrote a book in 2004 titled “The Gospel According to Disney” that explores the moral and spiritual development role that Disney plays for generations of children. “Peter Pan taught us that ‘faith, trust and pixie dust’ can help you leave your cares behind,” he wrote. “Jiminy Cricket showed Pinocchio (and millions of movie-goers) that ‘when you wish upon a star’ dreams come true. Bambi stimulated baby boomer support for gun control and environmentalism. Cinderella became a syndrome. The Little Mermaid illustrated the challenges of intermarriage. The Lion King hinted at Hindu tradition in the ‘circle of life.’”

Pinsky wrote that Disney’s stories are often based on a consistent set of moral and human values derived from Western, Judeo-Christian faith and principles that constitute a “Disney gospel.” The gospel reflects the personal values and vision of the company’s founder, Walt Disney: “Good is always rewarded; evil is always punished. Faith is an essential element — faith in yourself and, even more, faith in something greater than yourself, some higher power. Optimism and hard work complete the basic cannon.”

Pinsky also noted, however, that Disney is often timid with religion. The company has always been afraid of excluding or offending people.

The role of Disney agnostics

As a Disney skeptic, I find myself cracking jokes about how Disney creates a fictionalized land that borrows urban design ideas from Europe and colonial America, builds false sets around them and sells them to Americans as nostalgic, lovely places. Disney will charge you $1,000 or $10,000 to take your family to Florida to walk through pretend corridors of European culture, to dine on European food and hear European music for a few minutes to pretend like you were there — to pretend like you have experienced culture outside of America.

Perhaps it’s a sign America needs to build cities and towns that are, in the parlance of new urbanist James Howard Kunstler, “worth caring about.” We don’t see Disney giving us theme parks full of Walmarts and strip malls more typical of the aesthetically impoverished, developer-capitalist American suburban landscape. It’s because that part of American culture is boring, lousy.

The nostalgia, the appropriation and the Americanized fairy tales actually sell a religion as Pinsky noted. Disney stories peddle a simple religion of self-help, individual triumph against great odds, dark European tragedies revised as American dream narratives. And these narratives make an increasingly secularized America believe something, feel something. They make Americans cry. And they make Americans open their pocketbooks to visit movie theaters regularly, subscribe to Disney+, buy paraphernalia related to the movies and make expensive pilgrimages to the epicenters of these stories in, um, Florida and California.

When I was a child visiting Disney in the 1990s, I remember Goofy, Daisy and Mickey roamed the park, giving hugs to children and posing for photographs. Now, you need to wait 50 minutes in line to get your photo taken with Minnie Mouse. And it will cost you extra, on top of your $200 per person ticket and $25 parking. But people will pay it. They wait in line with their children like congregants waiting for communion because they need something to consume, something in which to partake.

I saw one woman pass by during the Disney parade. She wore a T-shirt that said, “I live in Fantasyland.”

She’s not the only one.

Will more Americans — from the right and the left — untangle their bizarre fantasy with a misappropriating, rather cowardly, cult-like entertainment industrial complex? Has Disney going woke finally caused Americans to wake up from their slumber like Rip van Winkle? Mickey Mouse can’t have his family values cake for lunch and eat woke progressive values for breakfast, too.

And all the longtime Disney agnostics say? Amen!

Paul Glader is executive editor of ReligionUnplugged.com and a professor of journalism at The King’s College NYC. He has reported from dozens of countries for outlets ranging from The Wall Street Journal, The Washington Post, Der Spiegel Online and others. He’s on Twitter @PaulGlader