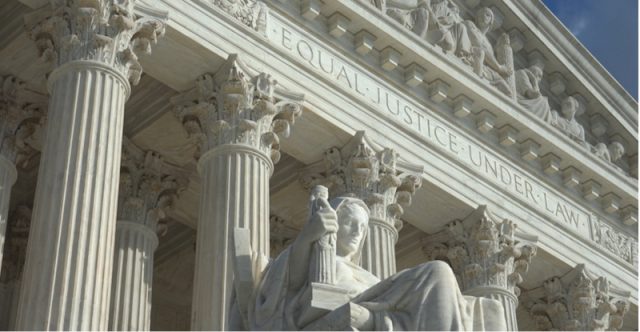 Editor’s note: This was reprinted with permission from Christian Union: The Magazine. For more information about Christian Union, visit www.christianunion.org.

On Our Knees is a nationwide prayer movement that is interceding for the unborn and for the United States Supreme Court as it reconsiders abortion law in America. The prayer initiative was launched in 2021 in response to the Supreme Court’s current review of Dobbs v. Jackson, Mississippi’s law that limits abortion after fifteen weeks of pregnancy. Some pro-life leaders and scholars believe the court’s decision, expected later in the year, could overturn Roe v. Wade. Christian Union: The Magazine recently interviewed Eileen Bakke and Kristen Short, two committee members for On Our Knees.

Christian Union Magazine: How did the On Our Knees prayer initiative begin?

Eileen Bakke: Several years ago, a group of us began to dream and pray about what a post-Roe v. Wade world might look like. As soon as we learned that the Supreme Court had agreed to hear the Dobbs case, it became much more pressing, exciting, and real. In the spring, a group of us began to brainstorm about how to foster a nationwide prayer movement. We wanted to call people to pray for the Supreme Court, and for women, children, healthcare providers, and adoptive families. We began to seek God for a real change in our culture.

CU: What are some of the ways On Our Knees engages people to pray?

Kristen Short: The first component is our 31 Days of Prayer for Life prayer guide, which focuses on the attributes of God and includes bios of all the Supreme Court justices who are considering the Dobbs case and rethinking abortion law in America. People can pray through this guide. It’s an invitation to lift up this important issue to the Lord on a regular and focused basis.

A second component is our weekly prayer call on Monday evening (8:30 p.m. EST). Each week, we feature a different leader within the pro-life movement. We’ve had elected officials, pastors, and business leaders who have a heart for the unborn lead guided prayer for 15 to 20 minutes. It’s a real blessing. We started in mid-September and plan to continue those weekly calls until the Supreme Court hands down the Dobbs decision, most likely at the end of June of this year.

CU: Regarding the Dobbs case, what are your expectations going forward?

KS: There was a lot of momentum leading up to the oral arguments that happened at the end of last year. And the takeaway from those oral arguments was affirming for the pro-life movement. You never know what the Supreme Court is going to do—oral arguments don’t always reveal what they’re thinking or how they’re going to rule. But we felt encouraged that there were so many on the court who seemed to recognize the unworkability, if you will, of Roe v. Wade (1973) and Planned Parenthood v. Casey (1992). Even the opposing side seems to agree that a middle ground path is not likely. We anticipate that Roe will be overturned and the states will then have an opportunity to legislate abortion based on the will of their electorate. That’s going to look different for each state and it’s going to be a little bit complicated, but that’s why we feel like it’s important, not just to be praying about this case, but to be ready when more babies are born in states that don’t think abortion on demand up until birth is in anyone’s best interest. We are seeding the ground for the hard work that is to come, when we’re able to welcome more babies into the world…

CU: On your organization’s website (www.dobbscase.com), On Our Knees talks about how the advances in technology and science since Roe v. Wade are helping to change how we view babies in the womb and abortion in general. Can you elaborate?

EB: If you look at the demographics of the pro-life movement, it’s getting younger and younger. There are so many young people, so many (pro-life) students, and I think that’s in large part because the science has changed. In an ultrasound, you see a heartbeat and you know the effects of the child early on. There is also the work that’s been done on fetal pain early in a pregnancy. This has highlighted to all of us, but particularly to young people, that this is not a blob of tissue. This is a human being who is worthy of dignity and respect and love and care. Science can’t be ignored. Many, many states have passed the pain capable bill that limits abortions when a baby in utero can feel pain…It would be hard for the Supreme Court or anyone to ignore those advances.

CU: What are some of the Bible verses that you consistently pray around regarding the Dobbs case?

EB: There are so many. When I’m praying, I gravitate towards God’s heart for the powerless and the widows and orphans…and Jesus’ love for children and for women. His heart is broken at the number of lives that have been snuffed out since Roe v. Wade. That should just break our heart too.

KB: Psalm 139. “For you created my inmost being; you knit me together in my mother’s womb” (verse 13). “Your eyes saw my unformed body; all the days ordained for me were written in your book before one of them came to be” (verse 16).

CU: What makes you believe that the power of prayer can change things?

EB: That’s a great question. When we heard that the Supreme Court was going to take up the Dobbs case, it really struck me that this is something only God can do. We can’t lobby the Supreme Court…There are the oral and the Amicus briefs, but, beyond that, the deliberations are totally behind closed doors. This is an opportunity, literally, to be on our knees because this is something only God can do. And it will be miraculous. It will be a miraculous change in our culture.

KS: There is so much power in prayer. Psalm 46 reminds us that God is our refuge and strength and ever-present help in trouble. What is so amazing about the pro-life movement is that there have been people working tirelessly since 1973…They’ve been working toward this, praying for this moment to come. Yes, some of us would have liked to have been at this place much sooner than we are, but God has his plan and purposes…If Roe v. Wade is going to be overturned, it is not out of our strength. It is not out of anything we have done. It’s the power of prayer.

One of the really beautiful things that the Dobbs case has done is it has unified the pro-life movement. Obviously, we’re all fallen and broken, and people are always going to have some differences of opinion…but there is such a unified heart for the Mississippi law to be affirmed. This is an exciting opportunity for our country to go to the Lord and ask that our sins be forgiven and our culture of life be redeemed.