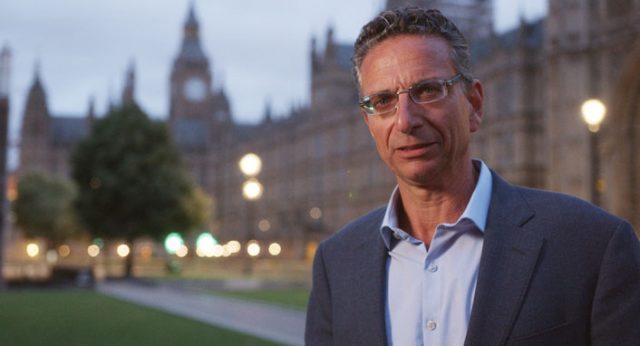 Joseph Loconte, PhD., is an author, Senior Fellow in Christianity and Culture at The King’s College, and the Director of the B. Kenneth Simon Center for American Studies at the Heritage Foundation. In 2015, he wrote the New York Times bestseller A Hobbit, a Wardrobe, and a Great War. In 2016, he wrote the award-winning op-ed “How J.R.R. Tolkien Found Mordor on the Western Front.” His most recent project is a documentary on Lewis and Tolkien, with an emphasis on the way that war shaped their friendship and writings. Tri-State Voice writer recently Blake Whitmer sat down to interview him about his work.

Joseph Loconte: Terrific question, Blake. On one hand, they are two of the most influential and beloved Christian authors of the last 100 years. But what captivates me most about their story is their friendship. If I had to summarize how I think about them, I would choose three words: war, friendship, and imagination. They both went through the crucible of war, both World War I and World War II. Remember, they fought in the First World War, they became friends after the First World War at Oxford, and then they had to live through a Second World War. The crucible of war makes possible their friendship over decades.

Whitmer: Most recently, you have been working on a documentary. How has progress been?

Loconte: Work is going well on the film project. We have finished episode one of a five-part series, and we have enough money to go back to the UK and film episodes two, three, and four. The plan is to get those episodes done then make a deal for distribution. This is all self-funded through private contributions, and we are very excited.

Whitmer: In addition to writing about Lewis and Tolkien, you have written numerous works on 17th Century philosopher John Locke. What drew you to study Locke in particular?

Here, I discovered that this English philosopher, John Locke, was such an important figure in laying out a foundation for religious liberty in a way that nobody had done before. His A Letter Concerning Toleration is the single most important defense of religious liberty ever written in the Western tradition, and it had a transformative effect on the debates about religious liberty.

There’s a kind of political liberalism that Locke brings to the table. He combines universal natural rights with a strong, rich attachment to the ethical teachings of Jesus. The Sermon on the Mount comes together with Whig political ideology. That’s what Locke does in A Letter Concerning Toleration in a way that no one had attempted before.

Whitmer: Do you have any advice for aspiring Christian authors?

Loconte: Don’t assume that there is only one thing that you are gifted and called to do. God makes us complex and gives us different gifts. Just take the simple example of the Apostle Luke. We know he’s a physician, but we also know that he’s a journalist. He loved interviewing people, gathering facts, and put these into the Gospel of Luke and book of Acts. He is obviously a multitalented guy. Lewis and Tolkien are other great examples of this. As Oxford professors, these guys were paid to lecture, tutor students, and grade papers. Meanwhile, they wrote their great epic works — such as The Hobbit, The Lord of the Rings, The Chronicles of Narnia, The Space Trilogy, The Problem of Pain, and The Screwtape Letters — during evenings, weekends, and whenever they could find the time.

It is a great blessing when we are paid to do what we are gifted to do. But often in life, you’ll be chasing this other part of your creative abilities, and you’re not getting paid to do it.

You never really know where an idea will take you. I never intended to write a book about Tolkien and Lewis. I could have easily said, “that’s kind of a nice idea, maybe somebody will write that.” But I chose to follow it up and approach a publisher with my idea. Now, for the last three years, I have been involved in a crazy film project that I never would have imagined three years ago.

Follow your instincts. When you have that fire in your belly, and there’s an idea you keep coming back to in your mind, hold onto that and figure out what you want to do with that. Take a stab at that. There’s probably something useful going on.