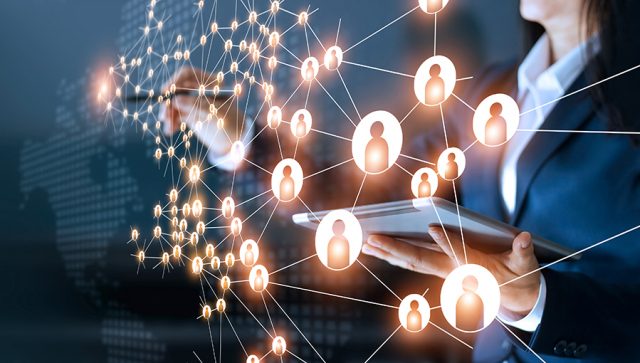 Christian leaders in the marketplace and in vocational ministry are uniquely “change agents”—they want to make a difference with their lives. However, almost all the models and approaches presented to them for social or cultural engagement are premised on individual action. This could be their undoing.

Kevin Belmonte, author of William Wilberforce: Hero for Humanity, notes how the great abolitionist depended on a network. Quoting Historian John Pollack, Belmonte said, “Wilberforce’s life is proof that a man can change his times, though he cannot do it alone.”Likewise, historian Niall Ferguson observes “Often the biggest changes in history are the achievements of thinly documented, informally organized groups of people.” The cultural influence of The Federalist Society and the Teneo Network are proof that networks matter. Individualism can be a stumbling block for lasting cultural influence.

I have long been intrigued by the claims of University of Pennsylvania sociologist Randall Collins and University of Virginia sociologist James Davison Hunter that the main actor on the stage of cultural change is not the lone individual but the dense network. Hunter goes so far as to say, “Cultural change at its most profound level occurs through dense networks of elites operating in common purpose within institutions at the high-prestige centers of cultural production.”

What is less clear is how dense networks work? I began to do research on the subject. “Network science” is a burgeoning new academic field. However, its insights are scattered across a wide assortment of siloed disciplines such as epidemiology, physics, mathematics, computer science, sociology, and media studies and buried in very academic tomes. Could these insights be translated in a manner that is useful for leaders of organizations and movements that want to make a difference? Could we apply these insights to the ancient quote of Archimedes: “Give me a lever long enough and a fulcrum on which to place it, and I shall move the world”? My answer to these questions is found in my recent book, Network Power: The Science of Making a Difference.

Over the past decades, there have been numerous groups that have rallied their fundraising constituents with claims of “winning the world” or “reshaping culture” by such and such a date, usually by mass mobilization or political activism. Academically, this is nonsense. Cultural change is slow, difficult, incremental, and unpredictable. However, it does happen. There are numerous historical examples of dense networks making significant changes in society to the point of redefining reality: the rise of Christianity, the abolition of slavery, the rise of Russian communism, Jewish admission to elite universities, and the Civil Rights Movement, among others. In short, dense networks are the way things get done in society.

In Christian circles, Wilberforce is a celebrated champion of effective cultural change. We laud his accomplishments in speeches, books, and films. I know as I was a part of the marketing campaign at Walden Media for the film Amazing Grace. However, when examined more closely it was the dense network in which he participated that was the main source of his effective cultural influence: the Clapham Circle. All biographers mention this in passing but few make it the lead.

Historian Belmonte states, “Their legacy offers the best model we have for turning around a society and culture.” The Clapham Circle—sometimes referred to as the Clapham Sect or lampooned as “the saints”—was an informal group of aristocratic evangelical Anglicans associated professionally and relationally with Wilberforce, many of whom lived in the suburban village of Clapham about four miles south from the center of London from about 1790 to 1830. Historical discussions about the significance of this group tend to be overshadowed by biographical adulation of Wilberforce. Contemporary commentators stated that he was, “the very sun of the Clapham system.”

Historical accounts have a way of celebrating the individual because it is a story so much easier to tell in book and film than the story of a complex network of overlapping friends and family. Wilberforce cast a large shadow over the Clapham community and its informal dense network. It is certainly true that discussions about this group can feel like an ahistorical reification of actual reality. One can make it appear to be a much more organized, self-conscious, and mobilized group than it really was. It was a dense network that grew naturally, almost spontaneously, amid life lived together. But there are important lessons to be learned here from a particular dense network that made a lasting historical cultural difference, namely the abolition of slavery in England in 1833. The Clapham Circle demonstrates the social changing potential of dense networks.

In Network Power I demonstrate the social dynamic lessons that can be learned from the Clapham Circle. What we find is that equal or more important than Wilberforce’s political influence was Hannah More’s cultural influence. It was writers, artists, and businessmen who carried as much social weight in the movement as did the politicians.

One does not have to agree with every social movement to learn valuable lessons from them. I also unpack lessons from Black Lives Matter and the LGBTQ+ equality movement. Culture is contested terrain, but there are scientific principles of cultural dynamics that one cannot ignore. We’d do well to remember our own history.

How did the unorthodox beliefs of a small and disdained Jewish sect come to form the basis of the Western world’s dominant religion? Baylor sociologist Rodney Stark explores this question in his book, The Rise of Christianity. Among his sociological findings, he found both the importance of networks in conversion, particularly networks with weak ties, among the social and cultural elites. When one is socially marginal as Christians were in the first two centuries, dense networks of influential persons in urban centers located at strategic trade routes explain sociologically much of the growth of early Christianity. It was not only this structural factor that mattered but also the quality of their lives, their compassion during epidemics, and their attitude toward women and discarded female infants. The providence of God also contributed greatly. It should also be recognized that Paul travelled 10,000 miles personally to connect these various hubs. Yet networks played a vital role in the spread of the Christian faith among Hellenized Greeks in the early church. Many faith-based communities need this emphasis on dense networks once again.

If corporations, nonprofits, and faith-based organizations are to regain their footing in the world for the common good, to restore their cultural influence, and genuinely make a lasting difference, it will need to align with the social dynamics of dense networks. Notre Dame physicist Barabási reminds us, “By uncovering the mechanism that governs network evolution we have grasped the universality of the arsenal of tools nature uses to create the complex world around us.”

This is the way the world works. Many organizations fail because they are basing their strategies for engagement on individual power instead of network power. It is now time to develop strategies that are aligned with the universal laws of social dynamics and recapture the lessons of effective dense networks.

If Archimedes thought he could move the world with a lever, then we can, at least, be a constructive influence of shalom and the common good within our neighborhood, city, nation, and world. There is a better way forward. It is now time to seize the momentum of a highly connected world that our moment of history has afforded by embracing the science of dense networks.

David John Seel, Jr. is a writer, cultural analyst, and cultural impact consultant living in Philadelphia. He is the author of Network Power: The Science of Making a Difference and The New Copernicans: Millennials and the Survival of the Church.

Editor’s note: This was reprinted with permission from Christian Union: The Magazine. For more information about Christian Union, visit www.christianunion.org.