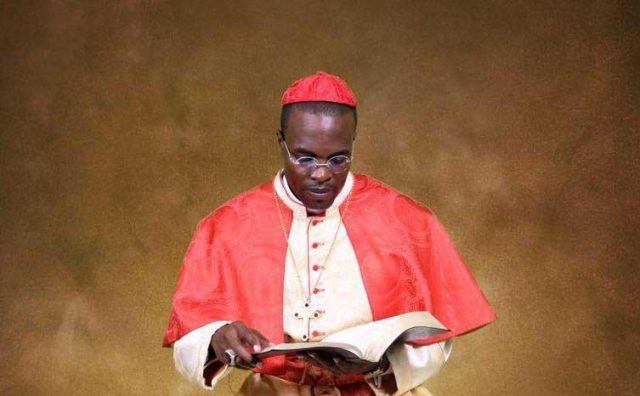 A lawsuit filed last year seeking $1 million in damages is pending against Bishop Lamor Miller-Whitehead, the Brooklyn preacher who was robbed of $1 million in jewelry earlier this week in a heist captured by a church service livestream.

The case filed in Brooklyn Supreme Court alleges that Miller-Whitehead, the founder of Brooklyn-based Leaders of Tomorrow International Ministries, took $90,000 in life savings from parishioner Pauline Anderson in November 2020 to help her buy a house after she was told she couldn’t get a mortgage because of bad credit, The New York Post reported, but failed to do so.

“Ms. Anderson was instead left with nothing but a vague promise by Mr. Whitehead to pay the funds back in the future followed by an assertion that he had no further obligation to do so,” the suit says.

The pastor also failed to follow through on a promise to give Anderson a monthly stipend of $100, the suit says. She said she only received one payment, and when she asked Miller-Whitehead about additional payments, he told her he was too busy with his campaign for Brooklyn borough president, which he lost.

Anderson said she gave the money to Miller-Whitehead “because he was a supposed man of the cloth and had previously helped her own son secure housing for himself,” according to the suit.

Miller-Whitehead formed his church in 2013 after he was released from prison following a five-year stint for identity theft and grand larceny. On the church’s website, he says he was “illegally convicted” and that he “learned to fashion his life as the Apostle Paul did during the times of His imprisonment and draw closer to God in his afflictions.”

The site also says he was “adopted as the mentee” of Eric Adams, now the mayor of New York City. A city hall spokesperson told The Post Adams had spoken with Miller-Whitehead following the robbery.

Anderson is seeking $1 million in damages for Whitehead’s “morally reprehensible acts” and for “losing her entire life savings.”

Miller-Whitehead is offering a $50,000 reward for information leading to the arrest of the three armed men who robbed him and his wife of $1 million worth of jewelry. Since the incident, the Rolls Royce-driving pastor has defended the ostentatious lifestyle critics say made him more susceptible to being a crime victim.