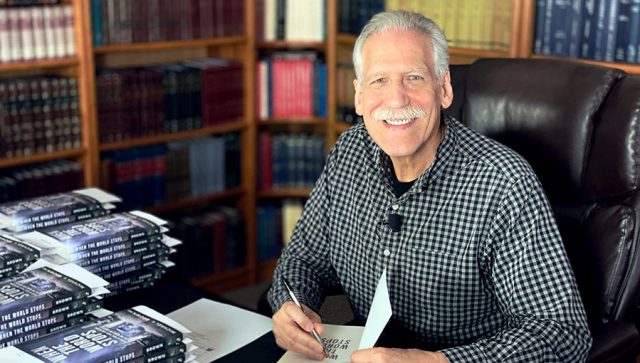 Unity is of no use if it is not based on truth. Unity is not real if it is founded on ethical or doctrinal compromise. Unity will not stand if it is only skin deep.

How, then, can we come together as one in a true and meaningful way when we are so far apart on so many issues?

I’m not talking here about uniting with professing Christians who deny the authority of Scripture and do not even believe Jesus rose from the dead. They are not part of God’s true Church.

How can we unite as the force God intended us to be when we can’t even get along?

Speaking from my own experience, when I take a strong stand for issues such as religious liberty, the importance of marriage and family, and the sanctity of life, some believers view me as nothing more than a rightwing Republican – or even a white supremacist, Christian nationalist, insurrectionist.

When I address issues such as racial injustice and care for the poor, or when I call us to follow the example of Jesus and not repay evil for evil, some believers call me woke and weak, a leftist, a communist, a compromiser, and a RINO.

I’m sure the devil gets a rise out of all of this. The more we snipe at each other, the less we will pay attention to him. Can we not do better?

In the 1960s, the parents who lived through World War II and made many sacrifices for America’s freedom were taken aback at young people protesting the Vietnam War.

The parents said, “America, love it or leave it.” The kids said, “Make love, not war.”

But there was actually truth on both sides.

On the one hand, many of the parents did sacrifice greatly to make the world a better place, in particular for their own children and grandchildren. Freedom comes at a price. And these parents were right to be concerned about the growing trend of sex, drugs, rock-n-roll, Eastern religion, and rebellion.

On the other hand, these young people had good reason to be concerned about the war in Vietnam, especially when they were the ones who were dying there. For what purpose? And to what end? They also recognized that there had to be more to life than the American dream.

Yet instead of hearing one another, the generation gap grew greater.

It’s the same in our day, except that the divisions are not just generational. They cut across every sector of the society and run right through the Church.

Friends of a white couple told me that they recently left a prominent multi-racial church after one of the pastors made an offhand comment that if you were a Christian, you had no business voting Republican. (Yes, Republican.)

Another pastor told me that hundreds of young people left his church because so many white evangelicals voted for Trump. (Ironically, this pastor had a justice department in his church and worked against racism.)

I thought we were damned or saved based on what we did with Jesus.

With the goal of seeing God’s people unite around Him rather than divide over politics or social issues, here are some principles to put into practice. The fate of the nation, not to mention the reputation of Jesus in our land, depends on it.

First, recognize that unity is very important to the Lord. Take a few minutes and re-read John 17, remembering that this is the longest prayer of the Lord recorded in Scripture, also containing some of the last words He spoke before His arrest and crucifixion. Unity matters deeply to the Lord. It should matter to us.

Third, find some common ground in Jesus. Share your testimonies with each other. Talk about your relationship with the Lord and what He means to you. Share some favorite scriptures or spiritual truths. Find some family kinship before you explore your differences.

Fourth, make an effort to understand your brother or sister’s perspective. Rather than live in an echo chamber or simply debate the rightness of your position, make a genuine effort to understand where your Christian colleague is coming from. Why do you vote differently than I do? Why do you prioritize certain issues? You may not be convinced, but at least you will gain insight and, perhaps, even some empathy.

Fifth, refuse to caricature those you differ with. We will get a lot of likes and clicks and amens to our name-calling rhetoric. But all that means is that carnal people are applauding our carnality. Anyone can call names. Anyone can mock and caricature. But it takes patience and grace and humility to speak truthfully about fellow-believers with whom we differ.

Sixth, do not write off other believers. In the words of one of my esteemed colleagues, we must not amputate the parts of the Body we do not like. We are so quick to cancel those who challenge our positions, to dismiss them as if they were trash to be thrown out, to reject them as if they were of no value. This is the opposite of the biblical admonition to love another as Jesus loved us (read through 1 John a few times for emphasis here). Scornful, dismissive, denigrating attitudes do not please the Lord.

So, here is a challenge from heaven, based on the Word of God. (I could multiple verses to back each point.) And I did say not a single syllable about compromising our convictions. I cannot even relate to such a thought.

There is much more to be said. But this is a start.