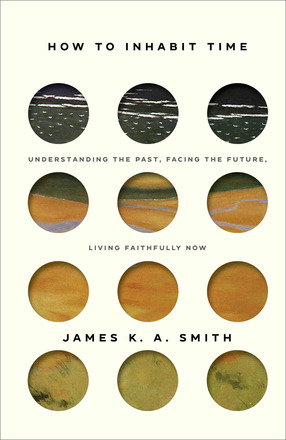 Imagine, for a second, that you were diagnosed with dyschronometria. This is an illness that specifically impairs a person’s ability to perceive the passage of time. With no reliable internal clock, a person cannot tell if an hour has passed or a minute. They might forget to take their pills, but they also might take their pills too often. They might forget to pick up their children from school, but they also might arrive too early. Time, which appears to us as vivid and dynamic, would be null, void, and empty.

In James K.A. Smith’s latest book – How to Inhabit Time: Understanding the Past, Facing the Future, Living Faithfully Now’ – he argues that modern American Christianity is suffering from a form of spiritual dyschronometria. “Too many Christians,” Smith writes, “look at history and see only a barren, textureless landscape.” We have been so focused on the eternal truths of Christianity that we have been blind to the unique location that God has placed us—whether “geographically, historically, or temporally.” The majority of Smith’s book is focused on providing a solution to this spiritual dyschronometria.

How to Inhabit Time is a fascinating blend of philosophy and theology. Smith effortlessly moves between philosophical arguments, meditations on scripture, analysis of pop culture, and anecdotes from his everyday life. On one page, Smith provides a detailed analysis of a few verses from Ecclesiastes; a few pages later, he discusses his experience dirt biking as a child.

Even though Smith posits some heady topics, non-philosophical and theologically oriented readers should not be deterred. Smith is a remarkably clear writer. He is certainly easier to read than the complicated thinkers he cites—my undergraduate class spent three weeks on Heidegger’s philosophy, and this is just one of the people that Smith mentions! How to Inhabit Time would be a fantastic introduction for Christians interested in learning about the intellectual side of their faith.

Despite its short length of 174 pages, How to Inhabit Time might take a bit to finish. Part of this is because it deals with complicated topics, but beyond this, How to Inhabit Time is a book best read slowly. “Slowing down is how we learn to notice what we usually speed past,” Smith writes. “Don’t rush through in order to get to ‘the point.’ Taking time to dwell with the images is the point. Taking the time to enjoy reading and to revel in language is one of the ways we learn to inhabit time well.”

Unfortunately, I did not follow Smith’s advice when reading his book. Rather, I sped through it, cramming it all into less than two days. In the midst of a summer job and a handful of writing projects, I figured that I didn’t have time to take things slow. My short attention span was also a contributor to my speed read. If a book takes more than a few days, I will almost certainly put it down.

As I reflect on my summer, I have come to regret not taking Smith’s advice. Shortly after my job wrapped up, I lost all inspiration to work. I couldn’t motivate myself to read, write, or spend the rest of my summer productively. How to Inhabit Time was a joy to read. I have read many books of philosophy this summer, and Smith’s new book was by far the most beautiful. It showed me that I can be productive, think about deep topics, and enjoy beauty, all at the same time. Taking the time to find beauty in your work just might be the antidote to burnout.

How to Inhabit Time is full of dozens of small insights. We don’t have time to go over them all here, but Smith’s reflections on nostalgia especially stood out to me. Nostalgia, as most people see it, is a good feeling. It reminds us of better days and encourages us to rewind time or “turn back the clock.” Nostalgia is all over the place in modern American society. Hollywood is constantly rebooting old movie franchises. Nintendo keeps selling copies of the same video games they released 20 years ago. Earlier this year, Kate Bush’s 37-year-old song “Running up that Hill” made it to the top five spots of the Billboard Global 200. This was primarily due to its appearance in a pivotal scene in the TV show Stranger Things, which both takes places in the 80s and features numerous references to 80s pop culture.

Smith challenges us to fight against nostalgia. In a meditation on Ecclesiastes, he writes: “Wisdom is like an inheritance: it is accumulated, and it is passed on. Wisdom is the unhurried fruit of time served as a mortal. As such, wisdom is, pretty much by definition, what you lacked in ‘the former days.’ Every nostalgic impulse to turn back the clock is a foolish willingness to sacrifice all we’ve learned.”

Smith’s insights have helped me to not regret how I spent this summer. In order to properly inhabit time, I ought not to hold on to these fleeting summer days, hoping to endlessly prolong the good weather and fun times with my friends. I also ought not to regret not working harder, not writing more book reviews, and not reading more books. Each of us ought to make wise plans but not obsess over the future. We must live in the present but not live for the moment, and learn from the past without giving in to nostalgia. But do I still plan to watch Season 5 of Stranger Things? Absolutely.

Blake Whitmer is a philosophy major at Dartmouth College.