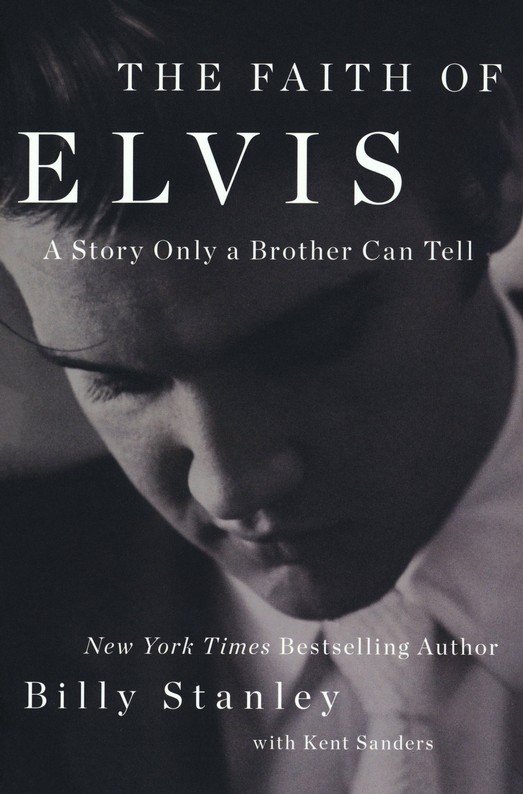 New York Times bestselling author Billy Stanley along with Kent Sanders, delivers a powerful and unique tribute to his stepbrother in his upcoming book, “The Faith of Elvis:  A Story Only A Brother Can Tell.” Published by Thomas Nelson, Stanley shares the untold story of the iconic singer’s Christian faith—its deep influence on his music, films, relationships, commitment to his family and fans, and his love for the Gospel.

In “The Faith of Elvis,” Stanley gives his first-hand accounts of Elvis’ life and abiding belief in Jesus and heaven, which has been kept from public view until now. Though the King of Rock and Roll struggled with addiction and with his notorious playboy image, Stanley reveals that the true Elvis was deeply committed to ensuring his family and his fans knew the true King, Jesus Christ.

“This book is not just my attempt to share the message Elvis gave to me,” says Stanley. “I also want to reveal the true story of a great man. Behind the glitz and glamour, beyond the movies and millions of records sold, is a man driven by his faith in God. I didn’t know him as a fan, a Hollywood producer, or the countless number of people who wanted a piece of him. I knew him as a brother. I want you to see the man who gave so much of himself—almost too much. A man who thought it was better to give than to receive.”

As the book recounts, when seven-year-old Stanley and his two younger brothers moved to Graceland in 1960, Elvis eagerly welcomed them, embracing his new roles as big brother, spiritual mentor, protector, and playmate. On their first night together, Elvis introduced his brothers to bedtime prayers as he thanked God for his new siblings. Soon after, he began to read the Bible with them, and he continued both practices for the next 17 years.

During Stanley and his brothers’ teenage years, Elvis shared his experiences of filming movies (including stories about the leading ladies who acted beside him), offered dating advice, and even doled out gentle discipline after two of the brothers once used a blue light to pull over cars in hopes of picking up women. Stanley also recalls helping as part of Elvis’ road crew for several years, bringing Elvis’ Bible along, and witnessing his growing number of adoring fans. Elvis loved his fans in return, which is why he was drawn to Gospel music–it allowed him to share God’s abundant love.

Adds Stanley: “Everyone is familiar with Elvis on-stage, but this book will give you an opportunity to get to know the man I grew up with off-stage, a man dedicated to sharing the love of Jesus with each of us.  This is a story of faith, hope, and love. It is a story only a brother can tell.”

RELATED: Book Review – ‘How to Inhabit Time: Understanding the Past, Facing the Future, Living Faithfully Now’