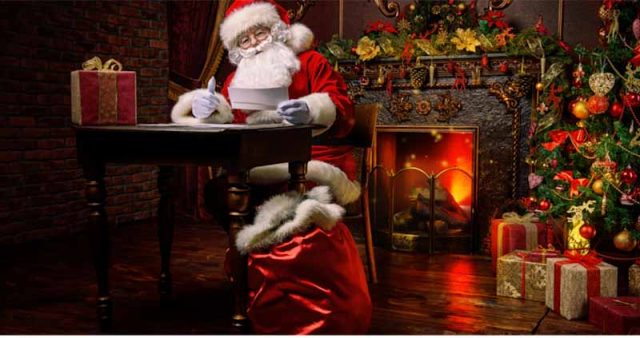 With the Christmas season upon us, Jim Denison, co-founder of Denison Forum, pastor, author and digital-ministry leader, offers surprising insight on Christmas traditions and Santa Claus.

“What does the Bible say about the jolly old man we see every Christmas in malls and advertisements? The short answer, of course, is nothing,” Denison said. “But there’s more to the story about Santa, just as there is more to the many other traditions associated with Christmas.”

“There is also a contentious debate over the secularization of Christmas, and as a Christian I want to celebrate the birth of Jesus,” Denison said. “I encourage Christians to discover the ties many of our holiday traditions, including Santa, have with the real ‘reason for the season.’”

Denison’s analysis of Christmas comes from biblical, historical and cultural viewpoints and sheds light on the origins of our holiday traditions:

“Viewed in the right way, our Christmas traditions can connect us back to the first Christmas. As families celebrate the holidays, they can make them holy days as well, by not losing sight of the real story of Christmas,” Denison said.

Denison and the Denison Forum reach people around the globe with The Daily Article, delivered by email and social media; The Daily Article podcast; and numerous books. He speaks and writes on cultural and contemporary issues where faith and current events intersect.