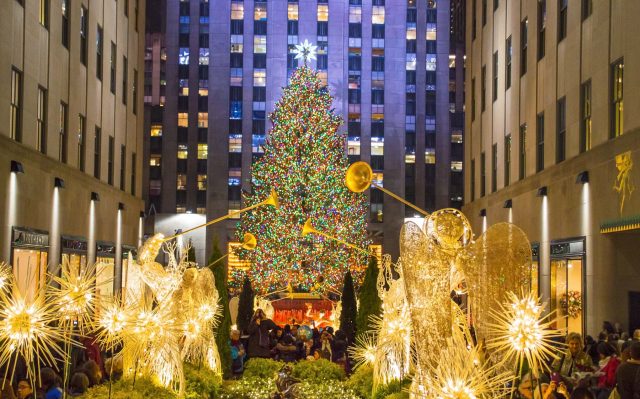 During Christmas and Hanukkah, light can overcome the darkness in New York City–that was the message delivered recently by Rev. Dr. A.R. Bernard, senior pastor of the Christian Cultural Center in Brooklyn, and two other influential religious leaders.

A New York Post article entitled “In dark days, know that light will triumph: A holiday message from NYC religious leaders,” was co-written by Dr. Bernard, Timothy Cardinal Dolan, archbishop of New York, and Rabbi Joseph Potasnik, executive VP of the New York Board of Rabbis.

“It can often seem as if our world is embroiled in darkness as well, from which it may never emerge,” they wrote.

“In this past year we’ve seen economic woes, continued wars (particularly in Ukraine), violence and crime here at home on our streets and subways and political gridlock as we separate into ‘blue’ and ‘red’ camps, with little attempt at compromise for the common good.”

The religious leaders lamented rising incidents of anti-Semitism, intolerance and bigotry, and vandalism at churches and synagogues.

“We also see increasing attempts to tell believers that they can practice their faith inside a house of worship, but not bring that faith into the public square…,” they wrote.

Yet, “Our religious teaching tells us that bringing light into the world is a most noble deed…”

That light can be evident in the miracle of “one night’s supply of oil for the Temple Menorah lasting eight days” and how the “Glory of the Lord shone” around the shepherds, and how a star guided the wise men, all of whom came to pay homage to the infant Jesus.”

“The people who walked in darkness have seen a great light!” These beautiful words from the Jewish prophet Isaiah will be proclaimed at Christmas worship,” they wrote.

“What’s common to our differing faith traditions is the deep-rooted trust that — no matter the bad news, the darkness, the fear that sometimes threaten to overwhelm us — spring will defeat winter, light will always overcome the darkness, life will conquer death.”