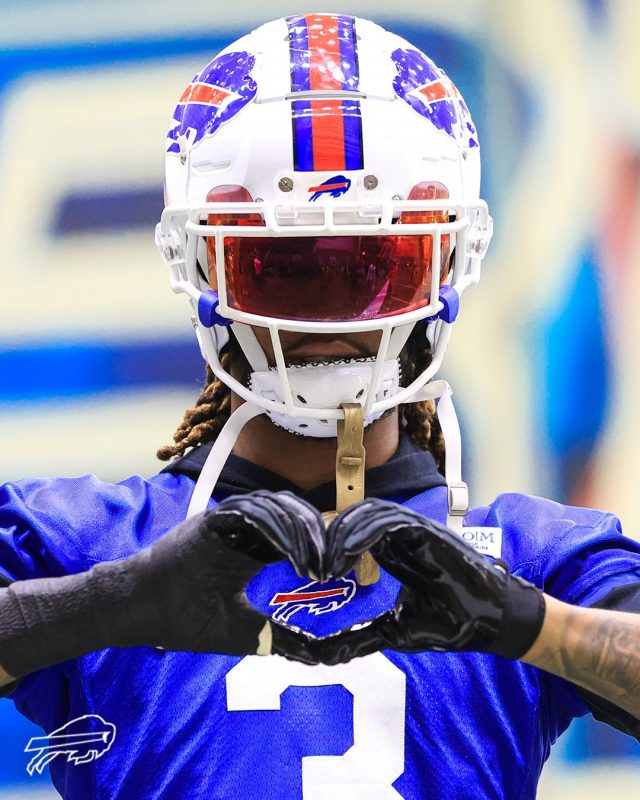 Buffalo Bills Head Coach Sean McDermott told his team that he had a special treat for them at today’s team meeting. That treat was a Zoom appearance from their injured teammate Damar Hamlin, who was in the ICU unit of a Cincinnati hospital. In the brief call, McDermott told ESPN that Hamlin flexed both his arms in a sign of strength, made a heart symbol with his two hands, and said, “love you boys.”

ESPN also reported that Hamlin has been taken off a breathing machine and is making steady progress. On Monday night, his heart stopped while he tackled Tee Martin in a game against the Cincinnati Bengals. As the medical team administered CPR, players wept openly. As the ambulance pulled away, the Buffalo Bills knelt on the field in prayer. Millions of people across the nation joined the prayer effort.