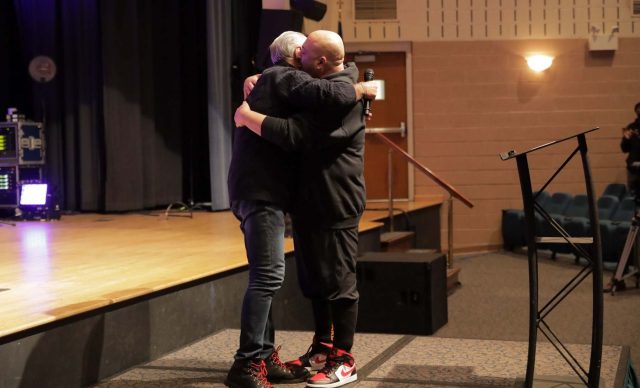 Forward. That was the theme for the Pastors Prayer Summit hosted by LEAD.NYC at Tuscarora Inn and Conference Center in Mt. Bethel, Pennsylvania.

Over 48 hours on January 23-25, hundreds of pastors and Christian leaders from New York, New Jersey, and other states gathered in the foothills of the Pocono Mountains to pray, worship, fellowship, and hear inspired preaching and teaching.

Pastor Adam Durso, President of LEAD.NYC, serves as the host of the annual event, often exhorting attendees with fervor and passion. But on Tuesday evening, he courageously and humbly took a seat on a stool next to his father, Pastor Michael Durso, to testify of God’s restorative power. Before he would move “Forward” and help lead others, Pastor Adam looked back with gratitude.

Following a worship concert by Israel Houghton, Dr. A.R. Bernard shared a message about transformational power and the prayerful words of Jesus, “Thy kingdom come,” in Matthew 6:10. The founder and senior pastor of Christian Cultural Center in Brooklyn then invited the Dursos to join him on stage, where he led a discussion of how the father and son—estranged for six and a half years—came to be reconciled.

“For the last seven years, I’ve had the opportunity to journey and watch the kingdom come and transform and heal,” Dr. Bernard said.

Pastor Adam served under his father, Pastor Michael Durso, at Christ Tabernacle (now known as Saints Church) in Glendale, Queens for 20 years before there was a breach in the relationship. The church was flourishing and growing at that time.

Thankfully, Pastor Adam, through his relationship with Rev. Jamaal Bernard, was able to find a pastoral covering with Jamaal’s father, Dr. Bernard. During that time of crisis, Pastor Adam said, he did not need another mentor or spiritual leader in his life, but needed sonship and the affirmation from a spiritual father. However, before committing to mentoring and counseling Adam, Dr. Bernard sought the permission and blessing of Pastor Michael Durso.

“[Pastor Michael Durso] said, ‘I trust you.’ That’s all I needed to hear,” recalled Dr. Bernard. “That’s when I felt comfortable to begin to work with them, and navigate these seven years.”

Pastor Adam said his family’s reconciliation was an example of God’s sovereignty and timing. He also credited the support and wisdom of his wife Lucy as invaluable over that time, and thanked his brother, Jordan Durso, for being a bridge to reconciliation.

The healing process began last year when Adam and Michael Durso met at a restaurant. The ice was broken and the Holy Spirit’s work had begun. Over the next several months, the relationship would be fully restored.

“At the restaurant [my dad] hugged me and, in that moment, it was like the last six or seven years didn’t matter,” Adam said.

On Facebook, he shared the good news of answered prayer with his online community.

“My mom and dad, my wife and kids and I have been reconciled to each other,” he wrote. “I am so grateful to God who had his hand over us. In time, he took what the enemy meant for evil and turned it to good! This Pastors Prayer Summit has been extra special because my family has joined me!”

At the summit, Pastor Michael Durso prayed for others who need reconciliation in their families or churches after he expressed gratitude for the community of people who helped his family through a tough time.

“I am so grateful to [Dr. Bernard], to Dr. Mac Pier, and to my son Jordan, Dr. David Ireland, and the people in this room who have prayed,” he said.

In concluding, Dr. Bernard posed a rhetorical question to the pastors in the audience, “What does this say to us as leaders?”

“We need each other. That’s right. We don’t abandon each other,” he said. “Regardless of the circumstances, we need to be there for each other. If we are talking about revival and renewal and God doing something in New York City, it’s going to take this kind of camaraderie; this kind of trust; and this kind of moral courage to change.” 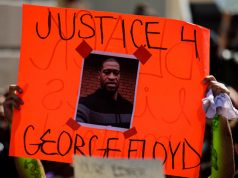