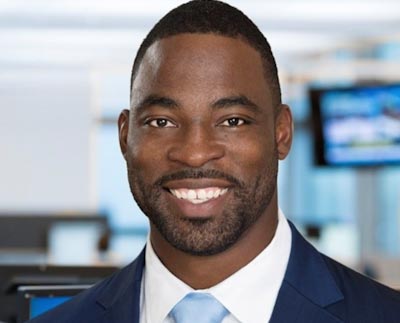 North Jersey Fellowship of Christian Athletes will host its “Taste of Victory” event with former New York Giant Justin Tuck on Nov. 2, 5:45 p.m., at Liquid Church in Parsippany.  This is an indoor tailgate-style event that will be full of food, fun and fellowship.

Since 1954, FCA has been challenging coaches and athletes on the professional, college, high school, junior high and youth levels to use the powerful platform of sport to reach every coach and every athlete with the transforming power of Jesus Christ. FCA focuses on serving local communities by engaging, equipping and empowering coaches and athletes to unite, inspire and change the world through the gospel.

Justin Tuck was an integral member of the Giants’ runs to a pair of Super Bowl victories (2008 and 2012), a defensive end who registered double-digit sacks in four of his 11 NFL seasons.

A native of Kellyton, Ala., and a graduate of Notre Dame’s Mendoza College of Business, Tuck was a third-round draft pick by the Giants and was a major contributor by his third season.

His versatility allowed the Giants to regularly line him up on the field with Hall of Famer Michael Strahan and Osi Umenyiora — forming one of the NFL’s most imposing pass rushes. Tuck shined bright in Super Bowl XLII, registered two sacks and a forced fumble in the Giants’ upset of the previously undefeated New England Patriots.

He had two more sacks in Super Bowl XLVI as the Giants again thwarted the Patriots, and he eventually finished his NFL career with 66 1/2 sacks and 22 forced fumbles.

Following his retirement, Tuck has earned his MBA from the prestigious Wharton School of the University of Pennsylvania. He and his wife, Lauran, also are dedicated to R.U.S.H. for Literacy, which seeks to provide greater educational and career opportunities to youth in the New York City metro-area.

For more information or to register, visit www.fcanorthjersey.org.