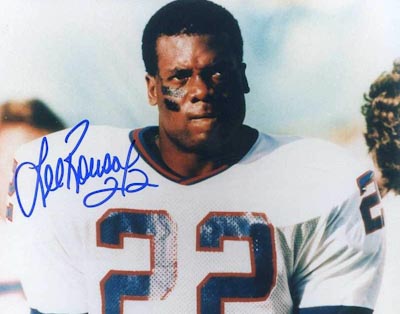 Date: Feb 1, 2020
Time: 9 a.m.
Location: Cornerstone Christian Church, 495 Wyckoff Ave., Wyckoff, NJ
North Jersey Fellowship of Christian Athletes will hosts its 3rd Annual Super Bowl Breakfast on February 1, 9 a.m. to 11 a.m., at Cornerstone Christian Church in Wyckoff. The breakfast features testimonies from coaches and athletes along with a message from former NY Giants running back Lee Rouson, a two-time Super Bowl champion.
Rouson, a native of North Carolina who now makes his home in North Jersey, played seven seasons in the NFL as a running back and on special teams with the Giants and the Cleveland Browns. He was a member of the Giants’ first two Super Bowl championship teams (XXI vs. the Broncos and XXV vs. the Bills). In Super Bowl XXI, he rushed three times for 22 yards on caught a 23-yard reception from quarterback Phil Simms in the third quarter.
This event is open to men, women, and students, so bring the whole family. $15 for adults; $10 for students. Registration is required and must be done by January 29. Register here.